Why Eating Alone May Be Bad for You

People who eat most of their meals alone may be at increased risk for heart disease and diabetes, according to new research. A study found that men who dined solo at least twice a day were more likely to have metabolic syndrome — a cluster of three or more risk factors including high blood pressure, high cholesterol and prediabetes — compared to those who always dined with others.

Previous research has also raised concerns about the psychological and physical health effects of eating alone, and the larger problem of loneliness, especially among older adults.

In their paper, published in Obesity Research & Clinical Practice, the study authors note that families in many regions of the world have become smaller in recent decades, and there are also more one-person households. “At the same time, eating patterns have become irregular, informal, and individualized in the form of more eating alone,” they write.

To study whether these patterns may have an effect on metabolic syndrome — a condition that’s also on the rise worldwide — they compared health data and survey responses from 7,725 South Korean adults who were asked how often they ate meals by themselves.

For men, eating alone was associated with a 45% increased risk of being obese and a 64% increased risk of having metabolic syndrome, even after the researchers adjusted for factors such as age, cigarette and alcohol use, total weekly exercise, education level and occupation status. Unmarried men who ate alone had the highest risk for metabolic syndrome, more than three times the risk of men who said they usually dined with someone else.

The effect was less pronounced for women. Those who ate alone at least twice a day were 29% more likely to have metabolic syndrome than those who never ate alone, but the difference disappeared when researchers accounted for socioeconomic and lifestyle factors.

Previous studies have found that people who tend to eat alone may be lonely, socially isolated and more likely to choose unhealthier foods, eat fewer fruits and vegetables and eat at irregular times.

From this study, it’s not possible to draw a causal link between eating alone and metabolic syndrome. (The study did not ask people about the type of food they ate or their reasons for eating alone.) Metabolic syndrome can be triggered by poor diet and unhealthy lifestyle choices.

The study’s findings may also not apply to people in other countries and cultures where people don’t eat alone as often. But the practice is common in the United States, just as it is in South Korea.

Annalijn Conklin, assistant professor of pharmaceutical sciences at the University of British Columbia, has also studied health outcomes associated with living and eating alone. She says she’s not surprised at the new study’s findings, especially those pertaining to men.

“Men who were not married and eating alone had much worse outcomes compared to others in the study, and that mirrors some other research that’s been done on social relationships and diet quality,” says Conklin. The findings for women are less clear, she says, and should be studied further.

Conklin says that future research should consider other factors that could potentially explain the relationship between eating alone and metabolic syndrome, such as stress levels and sleep quality. This study was designed in a way that can’t show whether eating alone may be a byproduct of stress, sleep problems, or loneliness, she says, or whether it may be the other way around.

“Having more sensitive measures of stressful life events might help unpack some of the association a little better,” says Conklin. “We know that sleep deprivation and stress create a vicious loop that alters eating behavior, and it could be one of the things driving the experience of eating alone and of metabolic syndrome.” 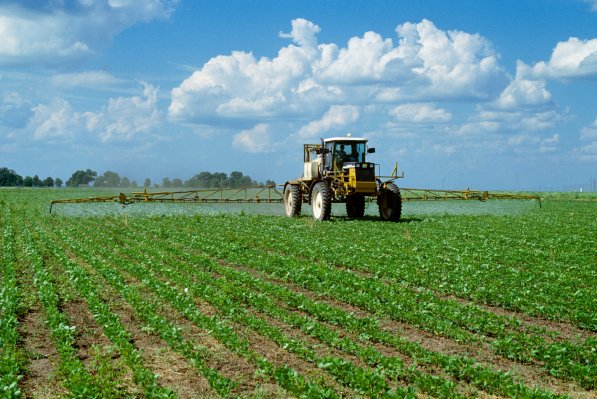 A Weed Killer Is Increasingly Showing Up in People's Bodies
Next Up: Editor's Pick