The first handshake was for Jiang Zemin, China’s 91-year-old former leader, who sat immediately to Xi Jinping’s left. Then Xi, newly reaffirmed as Chinese President for another five years, strode down the ranks of top cadres seated on stage at Beijing’s Great Hall of the People, shaking hands and sharing congratulations on the culmination of the 19th Congress of the Chinese Communist Party (CCP).

Though he paid respects to Jiang, who had to be steadied by two aides while standing for the closing March of the Volunteers national anthem, Tuesday’s ceremony was all about Xi. Upon having his personal philosophy etched into the national constitution — as Xi Jinping Thought on Socialism with Chinese Characteristics for the New Era — the 64-year-old now joins Mao Zedong and Deng Xiaoping in the pantheon of modern China’s most powerful leaders.

In the years since Mao founded the People’s Republic of China in 1949, no other leader since the Great Helmsman himself has been honored by name in the constitution while alive. (“Deng Xiaoping Theory” was appended only as posthumous honor to the architect of China’s economic revival.) But Xi has not only joined Mao on Mount Olympus — he does so at a time when China boasts the world’s second biggest economy and is extending its influence across the globe. (It was also, until recently, the world’s top trader.)

“It’s the coronation of Emperor Xi,” says Prof. Nick Bisley, an Asia expert at Australia’s La Trobe University. “He is without question the paramount leader and one with a remarkably ambitious vision for China.”

That vision has domestic and foreign elements. Whereas previous Chinese leaders would smilingly play down the world’s most populous nation as “developing” or “poor,” Xi unashamedly called China a “great power” or “strong power” 26 times in his opening speech last week. He has ramped up the construction and militarization of islands in the South China Sea and opened China’s first overseas military base in Djibouti. His signature Belt and Road Initiative — repaving the ancient Silk Road through a trade and infrastructure network across Eurasia and Africa — was also added to the constitution on Tuesday, indicating its central place in his thinking. In his opening address, Xi said his “new era” will be one “that sees China moving closer to center stage.”

At home, Xi wants to lock-in his anti-graft campaign — which, he said Tuesday, has “cut like a blade through corruption and misconduct” — and turn his attention to economic reform. In order for China to avoid the dreaded “middle-income trap,” he needs to trims the wings of its mammoth state-owned enterprises, which helped propel China’s export-led growth over the past three decades, but risk becoming a millstone as the nation pursues the next stage of development.

“Xi’s really been a bit of a fizzer in terms of economic reform so far,” says Bisley. “But by making himself the unrivaled center of power, he’s got a better platform for making these other reforms stick.”

The purging of senior officials during Xi’s first term demonstrated that he was not a leader to be crossed. Now that his personal dogma is enshrined in the nation’s charter, challenging him could even be considered seditious. The true extent of his power will emerge Wednesday when the new Politburo Standing Committee (PSC) — China’s top executive body — is unveiled, and we see how many key allies have been retained and promoted.

One name that won’t be present is Wang Qishan, Xi’s enforcer who headed his sweeping anti-corruption purge, who didn’t make it onto the CCP’s Central Committee. Aged 69, Wang is one year above the unofficial age limit for PSC members, but many believed a buoyant Xi would have broken with convention to keep his powerful ally by his side.

“It’s a surprise for me,” says Wu Qiang, an independent commentator based in Beijing and former professor of political science at Tsinghua University. “It means there will be more uncertainties over the next five years. At present, no leader in the party could replace Wang.”

The key question that remains is whether any younger leaders are promoted to the PSC, as these by implication will be the cadres groomed to assume the top posts of president and premier at the 20th Congress in 2022. The most common candidates mentioned are Hu Chunhua, Zhang Qingwei and Chen Min’er, though if none make the cut, then it will look like Xi is preparing to stay on for longer than the next five years.

“Xi is on the road to be China’s most powerful leader, but he hasn’t reached the peak,” says Wu. “[Over the next five years] Xi will institutionalize his power in the party. In the end, he may get rid of the politburo, and become the real ‘President’ of China.” 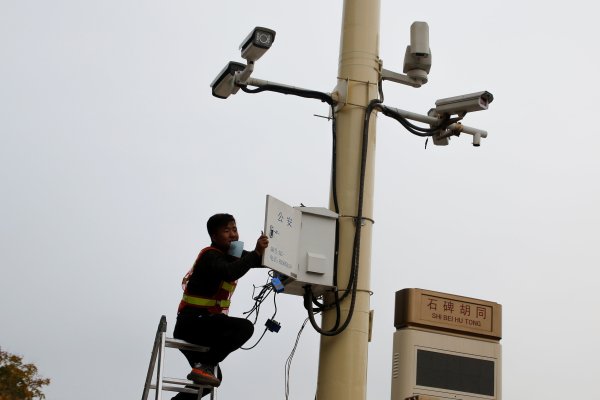 China Is Creating a 'Database of Voices' to Boost Surveillance
Next Up: Editor's Pick