50 Years Ago This Week: Conservatives Can Be Fun

William F. Buckley Jr., this week’s cover-story subject, was somewhat baffling to both his adherents and his critics. At this moment of great political upheaval, he was one of the most significant conservative voices in the U.S. — but he didn’t always seem the part. As Buckley himself put it, “I feel I qualify spiritually and philosophically as a conservative, but temperamentally I am not of the breed.”

One thing that could not be confused: he was having a moment. Between newspaper and television appearances, he and his opinions were everywhere.

As the cover story explained, Buckley’s popularity was, somewhat ironically, a product in part of that 1960s moment. In the past he had turned the mainstream off, with his defense of McCarthyism and other extreme views, but as the world got weirder (and the ultra-conservative movements of the 1950s receded) many former nonbelievers began to feel that his ideas were just what the U.S. needed. Plus, that moment in history seemed to require a little bit of moderation, as TIME suggested:

Given Buckley’s newfound appeal among non-conservatives, it was perhaps no surprise that, as he told TIME, most of his hate mail came from the right rather than the left.

Secret agency: Prompted by the release of the book The Codebreakers, this story in the national news section took a look behind the curtain at the National Security Agency, a “cathedral of cryptography” and “official Washington’s least-known edifice.” Though the work of the NSA was only getting more important as the computer age dawned, it remained far more shrouded in secrecy than the CIA — even though, TIME pointed out, its annual budget was about twice that of the better-known espionage center.

Heady stuff: One side-effect of the trend toward natural hair styles for women? The return of the hat, though young women couldn’t agree on whether the point of a great hat was to hide one’s face or to attract extra attention to it.

Chemical weapons: As college students and others across the country protested the Dow Chemical Co. and attempted to prevent the napalm-maker from recruiting on campuses, TIME took a look at the effort and concluded that it was perhaps misguided. Though the magazine glossed over the ethical questions specific to napalm’s use in the Vietnam War (many of which were not yet clear to most Americans at that point), it concluded that the protests were not having much of an effect and, moreover, would be more logical if directed elsewhere. “So far this year, Dow has supplied the Government with $5,170,000 worth of napalm—less than one-half of 1% of Dow’s $1,034,000,000 world-wide sales,” the article noted. “By contrast, Lockheed Aircraft supplied $1,531,000,000 worth of equipment to the Defense Department last year. Only about 100 of Dow’s 35,000 employees are involved in making napalm.”

Drink data: This story on the increase in drinking among American women — an issue that remains newsworthy today — mostly focuses on how that trend was reflected in advertising strategy, but this fact may be most shocking to modern readers: “Until 1958, under the code of the Distilled Spirits Institute, the industry trade organization, women models could not appear in liquor advertising.”

Coming up next week: Life in the USSR 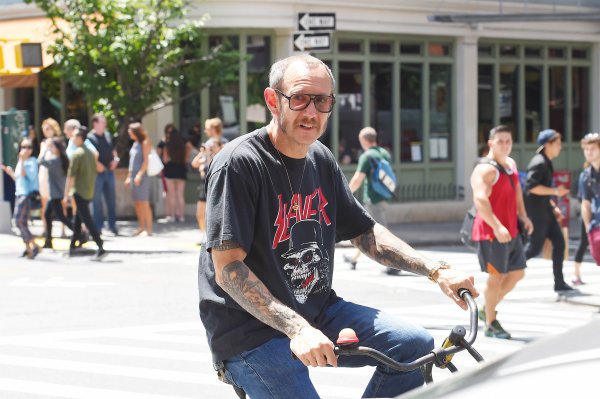 Condé Nast Has Cut Ties With Terry Richardson Amid Sexual Harassment Allegations
Next Up: Editor's Pick