'We Should Not Be Fighting.' John McCain Condemns Controversy Over Trump's Call to Soldier's Widow

“We should not be fighting about a brave American who lost his life serving his country,” McCain said during an appearance on The View. “That should not be the topic of discussion in America today.”

Army Sgt. La David Johnson was one of four U.S. service members killed in Niger earlier this month. Trump has been under fire ever since Florida Democratic Rep. Ferderica Wilson said Trump told Johnson’s widow that her husband “knew what he signed up for” — an account Trump has denied but one the widow has confirmed. Myeshia Johnson, the soldier’s widow, said Trump’s call made her “very angry.”

There have also been questions about exactly what happened to the soldiers in Niger. Many of the details around Johnson’s death remain unclear, but the Washington Post reported that a group of eight to 12 U.S. soldiers was ambushed by about 50 militants as they were escorting local troops on Oct. 4 when a firefight broke out.

McCain said he would like to get more information about what happened to the fallen soldiers. “Americans should know what’s going on in Niger,” he said on Monday. “Unless you learn the lessons, you’re going to repeat them.” 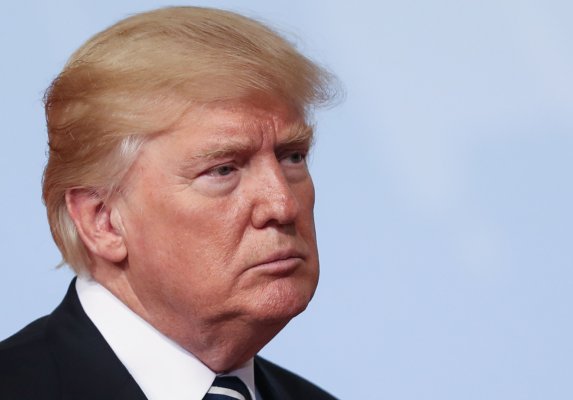 ‘I Had a Very Respectful Conversation.’ President Trump Denies Forgetting Slain Soldier’s Name While Consoling Widow
Next Up: Editor's Pick