Stephen Hawking's Thesis Is So Popular It Crashed Cambridge's Website

Stephen Hawking wrote his Ph.D. thesis all the way back in 1966. But it’s still generating buzz more than half-a-century later.

The physicist’s thesis about expanding universes, which he wrote at Cambridge University as a 24-year-old postgraduate student, was made freely available online for the first time ever Monday morning, and immediately incited a frenzy. More than 60,000 people have already read it, the BBC reports, enough to periodically crash the university’s website.

The work was previously available through Cambridge’s library, but readers had to visit the facility in person or pay about $85 for a scanned copy.

“Anyone, anywhere in the world should have free, unhindered access to not just my research, but to the research of every great and enquiring mind across the spectrum of human understanding,” Hawking said in a statment on Cambridge’s website.

Hawking, who is now 75 and has lived with ALS for more than 50 years, gained some new fans in 2014, with the release of The Theory of Everything, a critically acclaimed film based on the scientist’s life. He is perhaps best known for the bestseller A Brief History of Time. 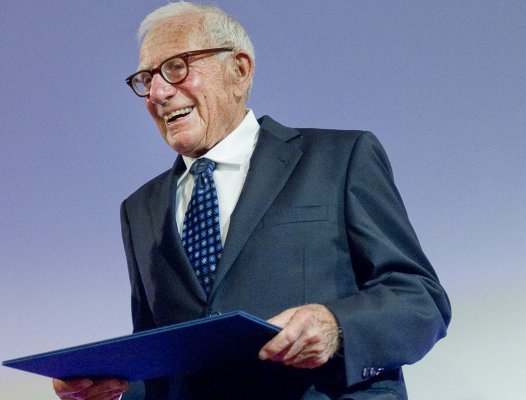 'Einstein of the Ocean' Who Helped Surfers Catch the Perfect Waves Turns 100
Next Up: Editor's Pick