Now that the Philadelphia Eagles and the New England Patriots are headed to the Super Bowl, football fans are gearing up for game day. Hype for Super Bowl 52 is in full swing, as the game is coming up in a couple of weeks. And if you’re a football fan hoping to score tickets to next year’s Super Bowl, or even just host a party at home, you’ll want to make sure you have all the latest information.

Here’s everything you need to know about Super Bowl 52:

The Super Bowl 2018 date is Feb. 4, 2018. That’s right — next year’s Super Bowl Sunday will take place on the first Sunday in February. This hasn’t always been the case, but it has happened in recent years since the NFL season kicks off the week after Labor Day. The game will kick off at roughly 6:30 p.m. ET.

Unlike the sunny southern host of last year’s Super Bowl, Houston, the 2018 game will take place up north in Minneapolis at the U.S. Bank Stadium.

Super Bowl locations are decided far in advance, and NFL Commissioner Roger Goodell announced Minneapolis as the location of the 52nd Super Bowl back in 2014.

Locations for future years have also been decided: In 2016, the league announced that Atlanta would host in 2019, South Florida in 2020 and Los Angeles in 2021. When it was revealed that the opening of the Rams’ and the Chargers’ joint stadium in Inglewood, California would be delayed due to record rainfall, the NFL subbed in Tampa for 2021 and gave 2022’s Super Bowl to L.A.

The Philadelphia Eagles will face the New England Patriots after beating the Minnesota Vikings on Sunday 38 to 7. The Patriots beat the Jacksonville Jaguars 24 to 20 in a nailbiter game. The Eagles last went to the Super Bowl in 2004, where they lost against the Patriots 21 to 24.

Who is performing at the Super Bowl 2018 halftime show?

Justin Timberlake announced in October that he would be performing at the Super Bowl 2018 halftime show. This marks the singer’s third appearance in a Super Bowl halftime show, and his first since his unforgettable 2004 performance of “Rock Your Body” with Janet Jackson.

Timberlake ripped off a piece of Jackson’s costume during the halftime show and revealed part of her breast, a controversial incident dubbed “Nipplegate.” Both apologized and Timberlake called the reveal a “wardrobe malfunction.”

While some see this as a redemption for Timberlake, whose career has taken off since the early 2000s, other fans were not happy that he is now being invited back while Jackson has not returned to perform for a Super Bowl halftime show. 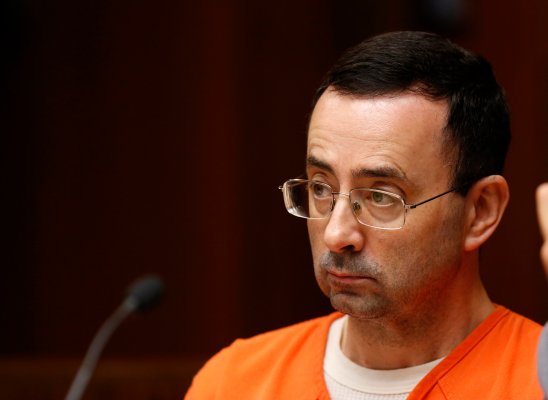 Who Is Larry Nassar, the Former USA Gymnastics Doctor Aly Raisman Accuses of Sexual Abuse?
Next Up: Editor's Pick