A New Study Says Botox May Help Migraines in Kids

Botox, the brand name for a naturally occurring toxin called botulinum toxin, has become popular for its ability to freeze and smooth the appearance of wrinkles. It’s also used to treat a wide variety of conditions, from excessive sweating to an overactive bladder. Now, a small new small pilot study suggests that Botox may ease migraines for kids and teens, which affect an estimated 3% of kids.

Doctors can already use Botox to treat migraines in adults. The procedure is considered safe and effective by the U.S. Food and Drug Administration (FDA). To receive the treatment, a person must undergo 31 injections in different spots on their head and neck.

On Monday, researchers from the University of California, Irvine, presented findings from a small study of nine young people from ages 8 to 17 with chronic migraines. Many of them had been hospitalized for migraine pain, and half were homeschooled because of the debilitating effect of their migraines on their daily life.

In the study, presented at the ANESTHESIOLOGY 2017 annual meeting, the researchers showed that kids and teens receiving Botox injections every 12 weeks over a five-year period had improvements in their frequency, duration and intensity of migraines. The researchers studied the kids’ medical records, and whether they improved over time.

At the start, the kids in the study said they experienced migraines eight to 30 days a month. After the treatment period, that range lowered to two to 10 days a month. Botox also reduced the length of migraines from 30 minutes to 24 hours to 15 minutes to 7 hours. The young people in the study also said the headaches did not feel as painful as they had before.

MORE: Here’s Why Women Get Migraines More Than Men

Of the 1,000 combined injections given to the children over five years, just eight resulted in adverse events, says study author Dr. Shalini Shah, chief of pain medicine and director of pain services at UC Irvine Health. The vast majority of the complaints were due to pain at the injection site that lasted for a couple hours.

“When it comes to pain management in children, it’s an extrapolation of everything we know in adult literature,” says Shah. “[Botox for migraines] is phenomenal in terms of success in adults. It should be extrapolated in children.”

Currently, children who get regular migraines don’t have many options beyond over-the-counter painkillers and some anti-seizure medications, the latter of which Shah says can be potent for kids. “They can’t go to school and pay attention,” she says. “That’s all we have, and it’s not ideal.”

The study sample is very small, and more research is needed before federal authorities can consider whether Botox for migraines should be offered to both adults and children. Shah and her colleagues are currently enrolling young people into a more rigorous randomized controlled trial that should produce more definitive information on the drug’s safety and effectiveness for migraines among kids.

Botox is generally considered safe, though it has been associated with serious side effects including muscle weakness, double vision and drooping eyelids. Allergan, the company that makes the drug, came under legal fire in the past for unlawfully promoting Botox for conditions that at the time were not approved by the FDA.

“Overall we are very excited about these preliminary results,” she says. “I want the patients who are suffering to know there is hope.” 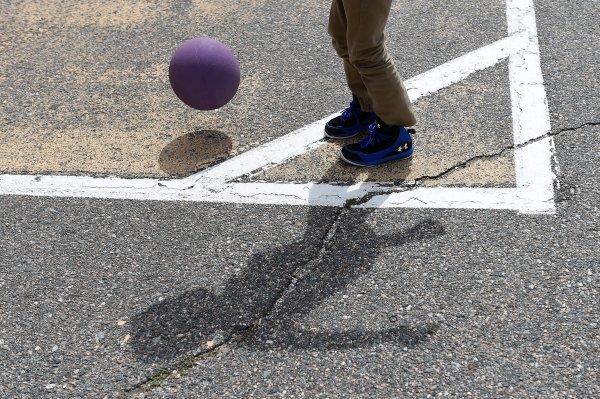 Is Recess Important for Kids or a Waste of Time? Here’s What the Research Says
Next Up: Editor's Pick