It was a big day for Italian marathon runner Eyob Faniel, who came in first place at the Venice Marathon Sunday — after the race’s frontrunners were led astray from the course by a motorcycle guide.

In the surprising twist, the leading pack at about 16 miles in — which included runners Abdulahl Dawud, Gilbert Kipleting Chumba, Kipkemei Mutai and David Kiprono Metto — ran “several hundred meters” in the wrong direction before doubling back to correct the error, according to ITV. But that was enough for local runner Faniel, the first Italian athlete to win the race in 22 years, to solidify his lead, according to The Guardian. His final time was 2 hours, 12 minutes and 16 seconds. One of the original frontrunners who made the wrong turn came in fourth.

Starting inland in the Veneto region, the Venice Marathon covers 26.2 miles between historic country towns, across the Liberty Bridge and through to the island of Venice itself. The finish is in the center of the romantic city of canals. It’s undoubtedly a picturesque run — although those disappointed leaders may need more than scenic ocean views and Italian pasta to assuage their frustration at the unexpected turn of events. 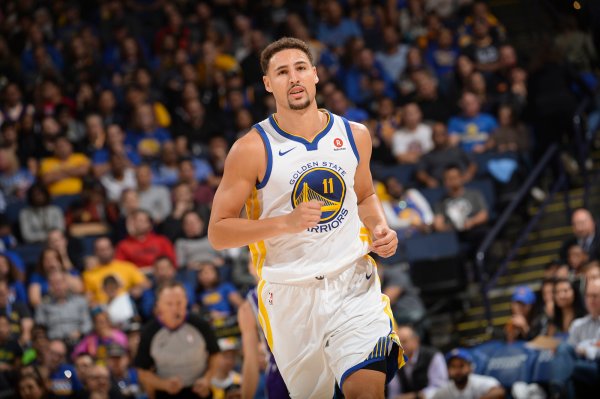 Klay Thompson's Doppelgänger Upstaged Him on NBA Opening Night
Next Up: Editor's Pick