The widow of a U.S. soldier who recently died in combat in Niger remembered her late husband as a hero and confirmed in a new interview Monday that President Donald Trump, in a condolence call, said her husband “knew what he signed up for.”

Myeshia Johnson, who was married to fallen Army Sgt. La David Johnson, told Good Morning America that her phone call with Trump made her “cry even more” because she said Trump apparently did not remember her husband’s name until he had military papers in front of him.

“The President said that he knew what he signed up for, but it hurts anyway,” Myeshia Johnson said of La David Johnson, her high school sweetheart. “And it made me cry because I was very angry at the tone of his voice and how he said he couldn’t remember my husband’s name.”

La David Johnson died Oct. 4 in Niger, along with three other soldiers, after ISIS-linked militants attacked them, officials have said. He was 25.

Florida Democratic Rep. Frederica Wilson first disclosed the details of Trump’s phone call to Myeshia Johnson last week, in which Trump said the fallen soldier “knew what he signed up for” and did not seem to know his name. The call was on speakerphone and Wilson was in the car with Johnson on their way to meet the late serviceman’s body.

Trump had slammed Wilson in a tweet for what he called her “fabricated” account of the phone call. On Monday, he insisted he had a “very respectful conversation” with Myeshia Johnson. Trump also said he spoke her husband’s name “from beginning, without hesitation.”

Myeshia Johnson, who is pregnant and due in January, said she wants the world, and her baby, to know La David Johnson was a “loving and caring” father and husband and a “great” soldier.

“I’m going to tell her how awesome her dad was and how a great father he was and how he died as a hero,” she said. 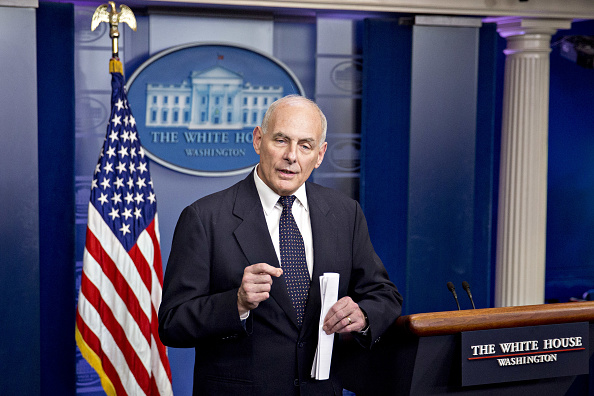 John Kelly Just Praised This Movie For Its Depiction of How the Military Handles Death
Next Up: Editor's Pick