President Trump on North Korea: 'We're Prepared for Anything'

President Donald Trump once again declined to provide specifics about his administration’s plan for North Korea, claiming the United States is “prepared for anything.”

“You would be shocked to see how totally prepared we are if we need to be. Would it be nice not to do that? The answer is yes. Will that happen? Who knows,” Trump told Fox Business Network’s Maria Bartiromo in an interview that aired Sunday.

Bartiromo had asked Trump about his relationship with China’s President Xi Jinping, and if that relationship was solely based on attempts to control North Korean leader Kim Jong Un. As North Korea’s largest trading partner, China is thought to have considerable leverage and influence over the region. Trump replied that he and Xi Jinping have an “exceptional relationship” and that China was being helpful, although he did not elaborate.

“He’s got the power to do something very significant with respect to North Korea. We’ll see what happens,” Trump said about Xi Jingping. In the past, Trump has criticized China in this regard, claiming in September that North Korea’s sixth nuclear missile test, which detonated a hydrogen bomb, was an “embarrassment” to the country.

While Trump has repeatedly used bombastic rhetoric to describe the situation in North Korea, his deputies have taken a more diplomatic approach. Secretary of State Rex Tillerson said last Sunday that “diplomatic efforts will continue until the first bomb drops.”

“The president has also made clear to me that he wants this solved diplomatically. He’s not seeking to go to war,” Tillerson said on CNN’s State of the Union earlier this month. 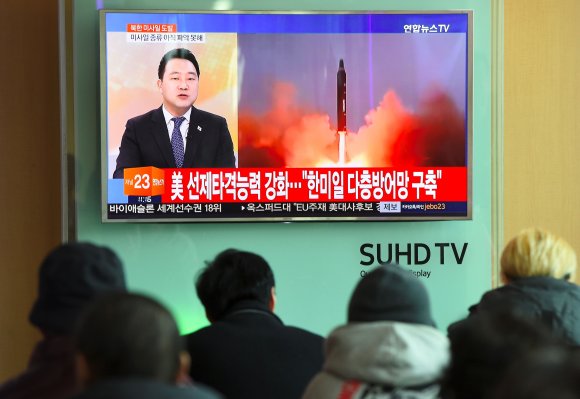 North Korea's Nuke Tests Could Be Changing Its Geology
Next Up: Editor's Pick