Here's How Mothers Around the World React When Their Babies Cry

Having a kid changes a mother’s brains—and it’s not just “mother brain,” the forgetful state new moms complain about. Research has shown that pregnancy changes the architecture of the brain for at least two years in areas that govern the understanding of the thoughts, feelings, beliefs and intentions of others. Now, a new study published in the journal PNAS suggests that maternal brains around the world also adapt so that mothers can quickly respond to a baby’s cry—and that their brain responses are different from those of women who do not have children.

Researchers from the National Institutes of Health watched the behavior of 684 mothers who had infants approximately 5 months old in North and South America, three countries in Western Europe, two in sub-Saharan Africa, one in the Middle East and two in East Asia. Mothers in all of those places were more likely than not to do the same thing when their infant cried in distress: they picked them up, held them and talked to them. (Sometimes, although less frequently, they showed affection, distracted them and nurtured them.)

The researchers then monitored the brains of new mothers in the U.S. and more experienced mothers in China and Italy and found that at both experience levels, these responses were deeply wired into the nervous system at a level that is typically associated with instincts. “Parental caregiving blends tuition and intuition,” write the authors in the study. “Some aspects of parenting are learned, as through culture, but parents also rely on their instincts in caregiving.”

When the moms heard their babies making a fuss, the areas of the brain that were activated were those that are usually associated with the intention to move and speak, with the production of speech and with auditory stimuli. In other words, the crying of babies triggered the moms’ brains to move and prepare to talk, even before the mothers had necessarily processed what was happening and what they needed to do. “We have done studies that show that within 100 milliseconds of the onset of an infant cry, women show a motor-evoked response associated with arm movement,” says Dr. Marc Bornstein, head of child and family research at the National Institute of Child Health and Human Development and lead author of the study.

Don’t all humans have this response to crying babies? Not quite. The study found that when compared to women who did not have children, “mothers exhibited more pronounced neural responses in brain areas involved in emotional processing in response to infant cries.” The researchers surmised that mothers experience the cry as an “emotionally important signal,” to which they had to respond straight away. The similarity of response across different cultures, and the fact that the brain changes were detectable within three months of giving birth, suggest that this is a built-in system to protect the most vulnerable humans.

Mothers can take some comfort that if they don’t know exactly why their infants are crying, if they pick them up and talk to them, they’re doing exactly what other moms across the world are doing, too. 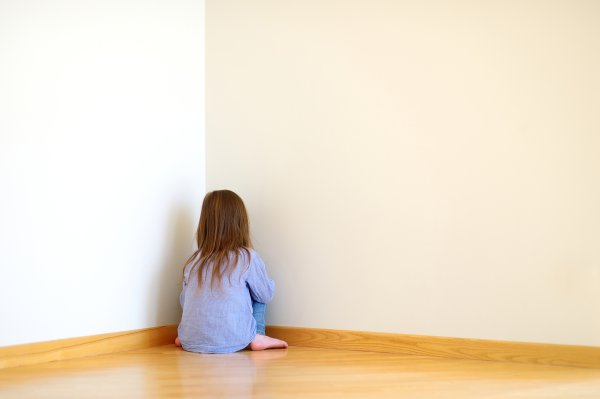 Why You Shouldn't Punish Your Kids for Lying
Next Up: Editor's Pick