Rescue personnel drive through an intersection covered with floodwaters from Hurricane Harvey in Dickinson, Texas, U.S., on Tuesday, Aug. 29, 2017.
Bloomberg—Bloomberg via Getty Images
By Mahita Gajanan

A Texas city located about 30 miles from Houston asks people who apply for grant funding to pay for Hurricane Harvey repairs to promise not to boycott Israel.

The city of Dickinson, Tx. posted an application form to its website for relief money collected from donations to the Dickinson Harvey Relief fund about two months after Hurricane Harvey hit the Texas coastline. A provision of the application asks people to verify they do not boycott Israel and to promise not to do so during the terms of the agreement.

The American Civil Liberties Union has spoken out strongly against the rule in the application, criticizing it as a violation of free speech.

“The First Amendment protects Americans’ right to boycott, and the government cannot condition hurricane relief or any other public benefit on a commitment to refrain from protected political expression,” ACLU of Texas Legal Director Andre Segura said in a statement. “Dickinson’s requirement is an egregious violation of the First Amendment, reminiscent of McCarthy-era loyalty oaths requiring Americans to disavow membership in the Communist party and other forms of ‘subversive’ activity.”

The ruling in the grant application stems from an Anti-Boycott, Divestments and Sanctions (BDS) bill passed by Texas Gov. Greg Abbott earlier this year. The bill “prohibits all state agencies from contracting with, and certain public funds from investing in, companies that boycott Israel,” according to the governor’s website.

Dickinson city attorney David Olson told NBC News that the city made the requirement because of Texas law.

“The city in no way advocates on behalf of the underlying political issue, but we’re doing everything in our power to follow state law,” he said. 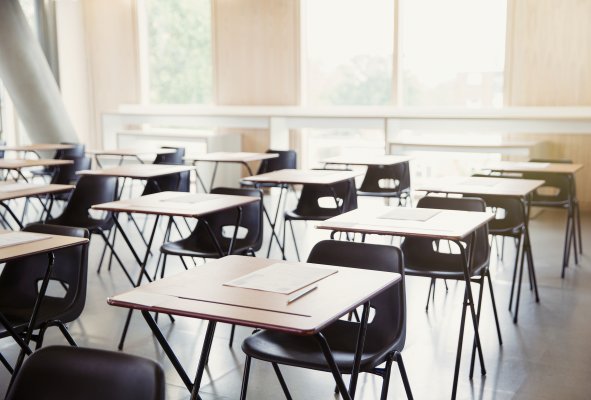