Warning: This post contains spoilers for season 2 of Stranger Things.

Questions about the universe’s unknowable mysteries could fill a lifetime. But the second season of Stranger Things that dropped Friday is infinitely more interesting. Once season 1 ended, the many mysteries of the Netflix series captivated the internet. Luckily season 2 had plenty of gratifying answers. We learned a lot more about the vast world the Duffer brothers are building along with the social lives of our favorite characters. Season 2 also took us to a gritty new city and for a spin at the Snow Ball. But the new episodes left us with plenty of questions about interdimensional travel opportunities and key players like the delightfully cranky Chief Jim Hopper (David Harbour.)

Grab your paddles and take a curiosity voyage with us into the 14 biggest questions we’re thinking about after binging Stranger Things season 2.

1. So did Eleven close the gate and are we totally cool now?

It looks like Eleven (Millie Bobby Brown) did successfully close the gate in season 2’s final episode. We see her push the monster (in smoke form) back to the other side. Just as she does, some Demodogs die as a result from being cut off from their overlord.

Sealing off what’s likely the mother of all portals is an incredible feat — even for the powerful Eleven. To pull it off, she had to summon her anger toward a bunch of people she hates: we see her flash through memories of Papa Brenner (Matthew Modine), who set her up for a lifetime of daddy issues, and Max (Sadie Sink), who very disrespectfully made Mike (Finn Wolfhard) smile once.

If Eleven has actually closed the gate for good, we could give the middle school drama our undivided attention. But we’re obviously not in the clear. Gate aside, there could always be alternate pathways to the Upside Down. For example, there’s the route Hopper unearthed in the pumpkin patch, or the one Nancy (Natalia Dyer) takes through the tree in season 1. It seems likely that the monster will find a way back in. Besides, anyone — from Eleven to Kali or another Hawkins vet — could open up a pathway.

2. What’s with the monster in the Upside Down version of the school?

If our hero Eleven aced her gate closing mission like she aced her MTV punk aesthetics, the season’s eerie final shot still set up a future where the monster will still be out to get everyone. Why though? Is it after Eleven? Is it mad some of its soldiers have been killed? One more possibility: Is the monster really tight with the librarian who Hopper ghosted in season 1? Maybe it simply will not let the Chief get away with this move.

3. What other monsters does the Upside Down have in store?

As we now know, the arachnid-looking monster that Dustin (Gaten Matarazzo) compared to the “Mind Flayer” from Dungeons and Dragons controls the brains of the creatures he dubbed “Demodogs.” But that’s just one species. As the show evolves the plot to include new threats, what else could be lurking around in the netherworld? Are there other creatures? Are they less susceptible to this overlord?

4. Did everyone who went in the tunnel get infected?

Hopper spent the most time down in the land of icky vines. But a number of characters — Joyce, Bob and later on Steve, Lucas, Dustin, Mike and Max — also trekked down there without masks or biohazard suits. Dustin may have gotten the worst of it, having swallowed a mouthful of Upside Down matter. Does this mean they are all infected or marked in some way like Will now?

We first meet the powerful new character Kali (Linnea Berthelsen) in the show’s opener, as she throws off the cops on her gang’s tail by conjuring the illusion of a crumbling bridge. Then in episode seven, “The Lost Sister,” we learn she’s Eleven’s former fellow Hawkins lab subject who escaped.

In her long lost roommate, Eleven found someone who truly understood her plight, but she’s a questionable role model. As Eleven is the first to admit, she’s killed, but it was always defensive. Unlike Eleven, when it comes to the “bad men” who hurt her, Kali’s out for blood. What’s more, she’s organized. Will Eleven’s mentor help the Hawkins squad by duping the monster with her powers in future seasons? Or will she be working on her own personal brand?

All that “sunflower, rainbow” business Terry (Aimee Mullins) kept rattling off as she rocked in her chair wasn’t nonsense. Turns out, this was her way of relaying the ordeal she endured at Hawkins to her daughter. In episode seven, Eleven is somehow able to get in her head to see the trippy visuals of Terry’s memory of giving birth to Jane a.k.a. “Eleven,” despite the miscarriage lie the lab sold her. (Dr. Owens (Paul Reiser) also coughs up an official looking birth certificate in the finale to prove it).

But Eleven’s origin story is still not totally explained. She refers to Dr. Brenner as Papa, but is he really her father? Kali, who seems much more experienced, refers to him only as “the man who calls himself our father.” So the dad question remains, though it may not matter much. As far as we know, the shady experiments Terry was forced to undergo is what really gave Eleven her powers. On this show, dads are fairly irrelevant, with the exception of Hop.

In a touching finale scene, Hopper finally tells Eleven about his “girl” adding the cryptic explanation that the black hole that is his sad existence “got her.” There’s likely more to Sara’s disappearance than we know. The internet certainly thinks so, but Eleven never opened the cardboard box marked “Sara” in the cabin, so we don’t have much more to go on yet except for one small detail. Hopper shares that Sara loved her picture book about outer space. Does this hint that she was powerful enough to travel between worlds or did she just enjoy a fun interstellar read?

8. Whose side is Hopper really on?

Complying with the deal he cut with Hawkins Lab in the season 1 finale, Hopper kicks off season 2 by covering up the conspiracy, telling Joyce that Will’s “episodes” are totally fine. That was the agreement he made in exchange for the chance to save Will. But as he discovers something supernatural spreading, Hopper gets fed up, and starts being honest with the Byers.

But can he be trusted? His actions tell us he loves Eleven, but the guy has dark depths so he could go the other way. He’s definitely still working with Dr. Owens, who he believes can help Eleven live a “normal” life. But this alliance with an unreliable scientist complicates his role as the show’s hero. The ultimate sign of that would be Hopper becoming a government informant and essentially giving up Eleven’s true identity. Would he do that in exchange for Sara if she’s out there? Don’t sleep on Officer Black Hole.

9. What are they even doing at Hawkins National Laboratory?

In season 2, the scientists were in over their heads in damage control mode. But what were they all there working on? Other than Dr. Owens’ comforting bedside manner, (his candy banter was a real treat), what were they cooking up? In episode four, Nancy and Jonathan (Charlie Heaton) surreptitiously record Dr. Owens ‘fessing up to what went down in season 1. Owens says he can’t let the truth about the torn portal get out, or it end up in the wrong hands, namely Soviet Union enemies. What is this lab’s daily business and does it involve international warfare?

In the end, a diluted version of the government screwup that took Barb’s (Shannon Purser) life is exposed, catapulting Hawkins into the national spotlight. Even more troubling, Dustin likens the master monster to the role-playing game character out to enslave a race it believes is inferior. Do any of these smaller tidbits foreshadow global implications beyond Hawkins? Is there a geopolitical narrative playing out?

10. Will Steve stick with the group?

The ever-evolving work-in-progress Steve (Joe Keery) continued to subvert expectations in season 2. There he was throughout episode eight boarding up the bus at the junkyard, trying to protect Max (Sadie Sink), and leading the charge through the tunnel. To his credit, he also really came through with the lover boy advice and killer hair product recommendations for Dustin. But he’s no longer attached to Nancy, which begs the question, what will Steve’s verse be?

In season 1, Eleven could only access the shallow waters of that black plane of existence we keep seeing in one of two ways: 1) a sensory deprivation tank or 2) a kiddie pool filled with salt. Within this place that some speculate is her very own blacked-out consciousness, she was able to see Will (Noah Schnapp), Barb and a Russian government agent in season 1. In season 2, she visits Terry, Mike and the cabin.

This space looks the same, but how she gets there is totally different now. This season, she simply ties a Karate Kid style blindfold around her head and faces the television. What exactly is this place, and why is she able to get there more easily now?

12. Where did the monster come from?

In traumatic “episodes” (actual visions that only Will has had the pleasure of experiencing), the monster often encroaches on Hawkins amid thunderous red skies. The gate in the finale was blazing red. But the sky that accompanies the monster looks nothing like the weird snow particles, those snake-like vines that ensnared Hopper or the other gross elements of The Upside Down we see whenever anyone’s moseying around the tunnels. Is it possible that the monster isn’t from the Upside Down at all, but is from another hellish dimension we haven’t officially seen yet?

And what does it really want with a bunch of middle school kids? Is enslavement the endgame? Or is it capturing Eleven?

13. Will Hopper and Joyce hook up?

Bob sweetly tolerated Joyce’s killer mom instincts with a “that’s what I love about ya Joyce” attitude. Now the corny but rock solid guy is gone and Hopper has a window. These two dated in high school, shared trauma and Hopper was very flirty with her in their finale scene. Will they ever get together?

14. Will Mrs. Wheeler and Billy have a fling?

Billy (Dacre Montgomery) may have just been trying to seduce Mike’s mom (Cara Buono) for his own amusement or to get the information he wanted. But she was certainly intrigued, and Billy’s a wild card. Stranger things have happened. Either way, Ted will keep being Ted. When she gives him directions to the Byers, she says “drive slowly.” “Always,” he answers, which is the biggest joke of the season. Does anyone on this show drive normally? 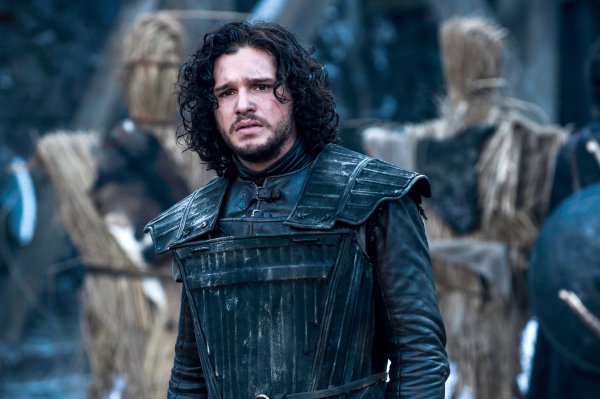 Here's Why Kit Harington Is the Key to the Release of Game of Thrones' Original Pilot
Next Up: Editor's Pick