“The only thing I can say is that I had a rough time with it. I don’t talk about it much. It still hurts a little bit inside, because I think it has chipped away at a part of my life that I will never have again. I didn’t enjoy myself. It was hard for me to enjoy something that I think I worked very hard for. God had given me the ability to play baseball, and people in this country kind of chipped away at me. So, it was tough. And all of those things happened simply because I was a black person.” — Henry Aaron, June 12, 2006, American History magazine

Henry Aaron’s record-setting 715th home run off Al Downing on April 8, 1974 still stands today as one of the greatest milestones in Major League Baseball history. By breaking the four-decade mark of the great Babe Ruth, Aaron strode out of the shadows – and stepped into a cauldron.

This accomplishment transcended sports. By his own accounts over the years, we can recognize that Aaron went through hell during that time. It was tough enough when reporters and camera crews chronicled his every at-bat and invaded his privacy. But that was the least of it. Here, a black man stood poised—while playing in the Deep South, to boot—to claim one of the sports world’s most storied marks. Bigots hounded Aaron and made his life miserable, at a time when he should have basked in the glow of both his historic achievement and the recognition that had eluded him for decades.

Still, you know what? We might conclude that Aaron got off easy four decades ago, long before social media dominated every facet of our lives and removed any shred of privacy.

Just try to imagine how much more intense and challenging his predicament would have been. Can you picture the potential for incessant racist taunts on Facebook and Twitter, not to mention the blogosphere? In the 1970s, the haters reached Aaron by what we call “snail mail.” Today, in our sped-up-world of modern communications, Aaron would have had no escape.

Racism existed before Aaron challenged the Babe and it continues to pervade our society today, all over the world. I made a cursory Google search to check out “sports racist taunts on Twitter” from 2014 alone and found numerous examples, such as:

Plus, we witnessed the possible racial overtones in the bullying furor late last year that engulfed the former Miami Dolphins offensive lineman Jonathan Martin, and the reaction to Richard Sherman’s post-game comments after the NFC championships game. Even in those simpler times, Aaron, caught up in a media whirlwind that he did not sign up for, surely paid a price for his lofty accomplishment. Indeed, Aaron had gotten death threats during the winter before the start of the 1974 baseball season. The Atlanta Journal discreetly crafted Aaron’s obituary, just in case. As Sports Illustrated noted:

Aaron was never the type to stand at home plate and stare at a long ball, as Reggie Jackson was wont to do in his heyday. Nor did Aaron showboat around the bases by slowing his trot to an excruciating level after he had just hit a home run.

How would Aaron likely have fared in the Twittersphere, where athletes try constantly to be glib, provocative and controversial at all costs? He likely would have flopped on Twitter. Aaron is by his nature an articulate and measured speaker, but articulate and measured speakers are not exactly revered in social media. Aaron’s dignity and integrity would have gone unappreciated on Twitter.

As he pursued Babe Ruth’s historic home-run record, bigots, racists and haters chased him. Only he can know how painful that ordeal must have been. Still, he is lucky it didn’t happen today. 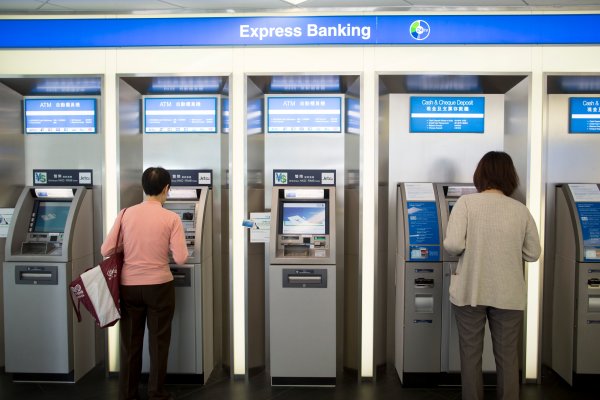 America's Most-Hated Bank Fee Is on Its Death Bed
Next Up: Editor's Pick