President Donald Trump linked a 13% increase in crime in parts of the United Kingdom last year to “radical Islamic terror” on Friday morning, but the full picture is considerably more nuanced.

The report, published by the government’s Office for National Statistics (ONS) on Oct. 19, shows that police recorded 5.2 million offences in England and Wales in the year to June 2017, up from 4.6 million the previous year, with violent offenses experiencing a 19% rise.

One day after the report was published, the President tweeted: “Just out report: ‘United Kingdom crime rises 13% annually amid spread of Radical Islamic terror.’ Not good, we must keep America safe!”, a tweet that at the time of writing had already received thousands of retweets and tens of thousands of likes.

However, Trump’s tweet presents an incomplete and somewhat distorted picture (and the numbers in fact cover only England and Wales, as opposed to the entire U.K). While the data does show a 13% increase in police recorded crime from the previous year, the report is clear to state that the rise “reflects a range of factors including continuing improvements to crime recording.” Knife crime and sexual assault offenses increased sharply, the report notes.

The only area of the report that specifically mentions terrorist attacks is on homicide rates. And although the number of attempted murder offenses substantially increased, largely due to the terrorist attacks by Islamic extremists in London and Manchester in 2017, the report is clear to state that the total number of homicides recorded in the year to June 2017 actually fell by 2% compared with the previous year.

According to the ONS report, offences involving knives or sharp instruments increased by 26% compared with the previous year and sexual assault increased by 38%. Fraud offenses recorded by police in England and Wales also increased by 4%, although the report stated the rise was largely owing to greater reporting of such crimes.

The report was released two days after the government published statistics on hate crimes and racist incidents recorded by the police, which showed a 29% spike in recorded hate crimes (including any crime motivated by religion, race, sexuality, disability or transgender identity) in the 12 months before March 2017 compared to the same period between 2015-16. This period did not include the terrorist attacks in Manchester, or at London Bridge. 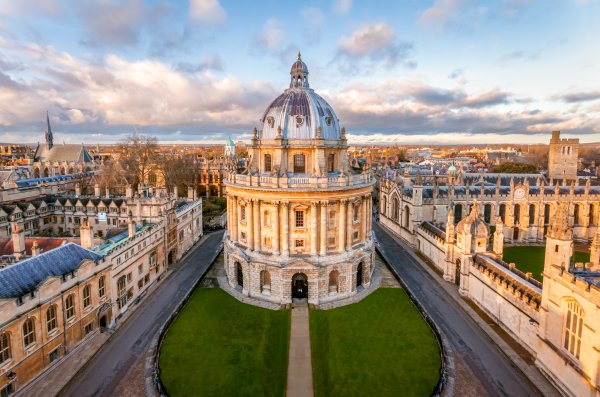 Britain's Top Universities Accused of Failing Grade at Diversity
Next Up: Editor's Pick