Police search for evidence in a cordoned area surrounding the police station in Helsingborg, Sweden, on Oct. 18 2017, after a powerful explosion at the main entrance earlier the same day.
Johan Nilsson—EPA/EFE
By Laignee Barron

A powerful blast detonated overnight at a police station ripped off the building’s entrance. A dynamite-laced apartment doorway blew a chunk of rubble more than 250-feet away, into the living room of a neighboring building. And a provincial town was put on lockdown after a suspected car-bombing.

There have been at least five bomb blasts or scares in Sweden since the early hours of Friday, Oct. 13. It must be stressed that police have not identified a connection between the blasts, and each attack is being investigated separately. But these incidents have rocked the Scandinavian nation, and have added fuel to the alt-right’s campaign to use the country as a cautionary paradigm of liberal immigration policies gone astray.

No one was reportedly injured or killed in any of the incidents.

Crime in Sweden has become a highly politicized since U.S. President Donald Trump used the country as an example of how more open immigration policies supposedly result in upsurges of crime. In a now widely ridiculed gaffe, the president cited a non-existent incident “last night in Sweden” during a speech in February. Swedish authorities, and Swedish media, have strenuously rejected the claims made in that speech

Alt-right talking heads have rallied around the remarks, using any episode of violence in Sweden as evidence that the president presciently exposed the nation’s spiraling moral decrepitude.

What’s being said about it:

Swedish Prime Minister Stefan Lofven called the police station blast “an attack against our democracy”, and urged cops to get tougher on crime.

Paul Joseph Watson, a contributor at conspiracy website infowars.com said the recent series of bombings highlight how President Trump was lambasted, “only to be proven right.” Breitbart, which has lamented Sweden’s ostensible fall from utopia to “grenade attack capital,” has speculated the police station blast was an act of terrorism.

However, there is no evidence that any terrorist organization was involved in any of the recent incidents, and the alt-right claims have no basis in fact.

There is a vast gulf between perceptions of rising crime, and actual crimes. (Incidents of reported crime increased marginally from 2015 to 2016, according to the Swedish Crime Survey, which cautions that increased claims of crime don’t necessarily mean that actual crime has surged.) Stockholm, Sweden’s capital, has just been ranked among the world’s top ten safest cities.

Sweden has accepted the largest number of asylum-seekers per capita of any European nation — and a government survey shows foreigners are 2.5 times more likely to be suspected of crimes — but the fact remains that most offenders are Swedish-born. 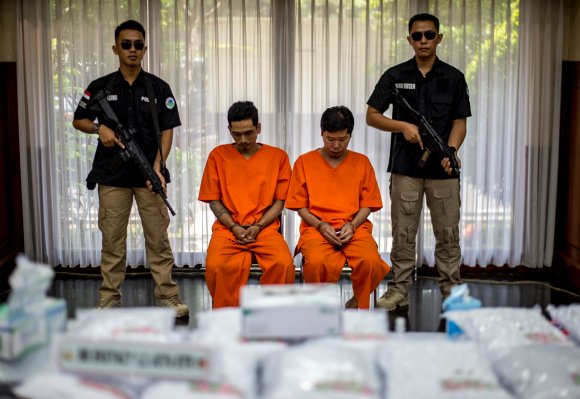