Breathe, the directorial debut from actor Andy Serkis (War for the Planet of the Apes), may look like one of those fortifying triumph-over-adversity movies that you think you can skip. Not so fast: it’s really the kind of quiet, handsome romantic drama that everyone has forgotten how to make—or is afraid of trying to make. It’s also based on a true story. Andrew Garfield plays Robin Cavendish, a tea broker in 1950s England who’s stricken with polio at age 28. Paralyzed from the neck down, he’s unable to breathe without a ventilator. Yet Robin and his young wife Diana (Claire Foy), who’s pregnant when her husband falls ill, build a life together despite astonishing limitations. Cavendish would become a lifelong advocate for the disabled, and the film’s tone is at times overly reverential. But the actors carry the story ably. When Garfield’s bed ridden Robin sees his infant son for the first time, his smile is the kind that’s half made up of invisible tears. Sometimes happiness is so keen, it’s painful. 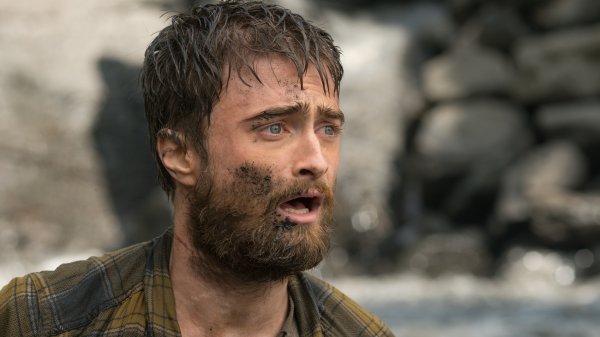 Daniel Radcliffe on Why He Likes It When People Make Fun of Him
Next Up: Editor's Pick