'You Cannot Complain If You Didn't Vote': Barack Obama Returns to the Campaign Trail

Barack Obama is back on the campaign trail — just not for himself.

The former President took the stage Thursday for his first campaign event since leaving office, a canvas kickoff for Phil Murphy, the Democratic candidate for Governor of New Jersey, and Sheila Oliver, who is running as his lieutenant Governor, in Newark Thursday.

Obama did not address President Donald Trump’s false accusation that his predecessor failed to call any Gold Star families during his time in the White House; he did not mention President Trump or any member of Congress by name. He did however, disavow political divisiveness and deride what he coined backward looking policies.

“Some of the politics we see now we thought we’d put that to bed. Thats folks looking 50 years back,” he told a cheering crowd at the invite-only event. “It’s the 21st century not the 19th century.” He also noted his administration’s accomplishments, touting the thousands of jobs created during his tenure, and the people who became insured under the Affordable Care Act.

But Obama’s remarks largely centered on the importance of electing Democrats to the Governorship in New Jersey, and how voting is the most effective way of channeling inevitable dissatisfaction some may feel during the Trump era.

“You cannot complain if you didn’t vote; you did not exercise the power the constitution gives us that people fought for,” Obama said. “This is entirely under your control. If you don’t like how things are going, you gotta vote.”

Obama will be in Virginia Thursday evening to stump for Lt. Governor Ralph Northam, the Democratic candidate for Governor in Virginia. Voters will head to the polls for the New Jersey and Virginia gubernatorial elections on November 7. The two races will largely be viewed as referendums on the Trump administration.

A senior adviser to Obama said in a statement that the former President wanted the focus on the candidates and their specific platforms during these campaign appearances, rather than fight the current administration.

“It’s in no one’s interest – including the former President’s, the Democratic Party’s, or the country’s – for President Obama to become the face of any resistance or the party. Instead, he is creating the space for leaders in the party to craft the best path forward that will make our country better,” the adviser said.

But the adoration from the crowd was apparent as soon as Obama stepped onto the stage; he was immediately greeted with chants of “four more years.” “I will refer you to the constitution and Michelle Obama to tell you why that will not happen,” he quipped in response. 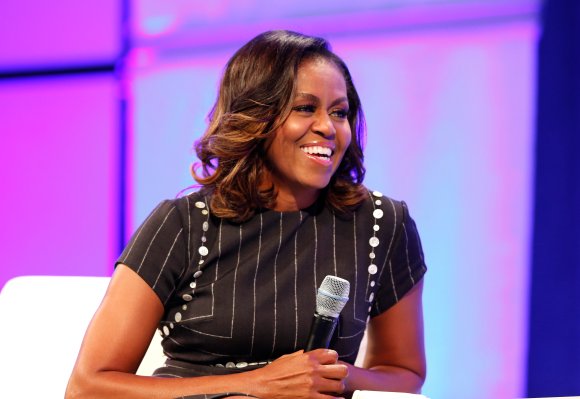