President Trump gave his administration a “10” on its handling of the hurricane in Puerto Rico.

Speaking in the Oval Office with the island territory’s governor at his side, Trump said that he was satisfied with how emergency managers had handled the aftermath of Hurricane Maria, despite widespread water and power shortages.

The death toll from the hurricane is now at 48, with about 117 people still unaccounted for. Roughly 3 million Puerto Ricans, or more than 80% of the island’s residents, don’t have power. Nearly half of Puerto Rico’s sewage treatment plants are out of service. Hundreds of thousands of residents are without adequate drinking water, leading some to get water from polluted Superfund sites.

“All of the armed forces, what they’ve done has been — Army, Navy, the Marines, the Air Force, all of the goods dropped in. Helicopters that weren’t even meant for this purpose, all of a sudden, they’re delivering food and services,” said Trump. “I would give a 10.”

“Governor, I just want to maybe ask you a question, because for the spirit of these people that have worked so hard, and so long, like Tom and like Brock and like so many others, did the United States, did our government — when we came in, did we do a great job? Military? First responders? FEMA?” he asked. “Did we do a great job?”

Rossello remarked that Trump “responded immediately” and has been on the phone with him almost every day since the disaster.

“Do we need to do a lot more? Of course we do,” he said. “And I think everybody over here recognizes there’s a lot of work to be done in Puerto Rico. But with your leadership, sir, and with everybody here, we’re committed to achieving that in the long run.” 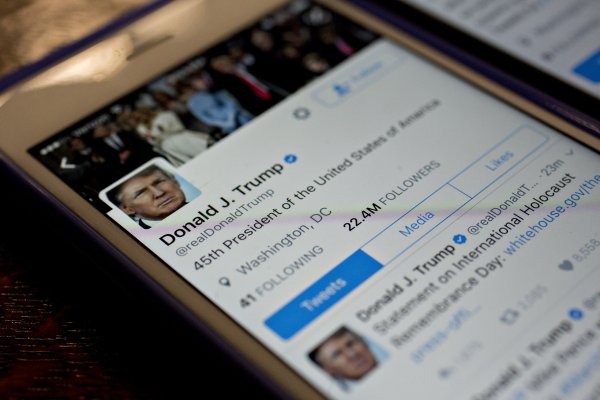 President Trump's Tweets About Puerto Rico, Military Families Rank Among His Worst-Received
Next Up: Editor's Pick