Hocus Pocus may be one of the most popular Halloween cult classics out there, but it apparently had the potential to be even more iconic. In a recent interview with Entertainment Weekly, director Kenny Ortega shared the story of Leonardo DiCaprio’s audition to play Max in the 1993 tale of the Sanderson Sisters.

“The [casting] ladies called me up and they said, ‘We’re sending you an actor today but he’s not available but you’re going to fall in love with him but you can’t have him.’ I’m like, ‘Why are you teasing me?’ They were like, ‘You need to see this guy because he’ll inspire you and if nothing else, he’ll help you find the right guy to play Max,'” he explained. “And they send me in a young Leonardo DiCaprio, who I completely and absolutely fall in love with.”

Ortega went on to explain how he couldn’t help but be charmed by Leo even knowing he was otherwise committed.

“He’s just the most sincere and most centered and a wild child at the same time,” he said. “He was feeling awkward. He was like, ‘I just feel really bad being here because I’m up for two other movies and I really want them both and I don’t want to lead you on.’ I was like, ‘That’s okay, I was already warned. What are the movies?’ One of them was This Boy’s Life and the other one was What’s Eating Gilbert Grape. Obviously, he left and incredible things happened for that young man and to this day, but meeting him awakened me to the kind of spirit and fun and sincerity that I was looking for in an actor.”

Read the full story at EW. 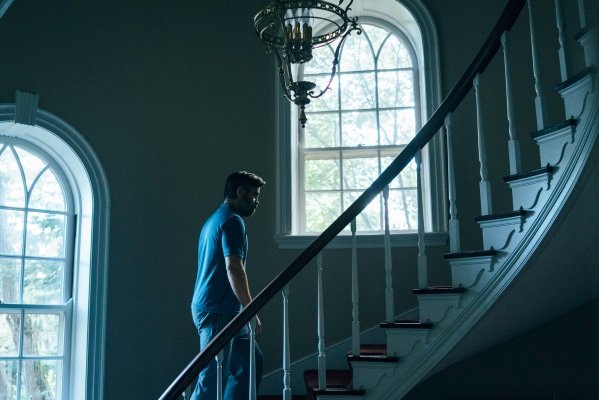 Colin Farrell Finds Darkness in The Killing of a Sacred Deer
Next Up: Editor's Pick