‘No Way for a Person to Live.’ Sex Trafficking Victim Speaks Out After Her Rescue

A Philadelphia woman who was rescued from sex trafficking spoke out about her former life of drug addiction and prostitution in a new video the FBI posted Wednesday.

The woman, identified only as Ali, had spent five years on the streets, where she quickly became addicted to heroin and fully dependent on her sex traffickers for drugs and money, officials said. She escaped with the help of law enforcement, although it’s unclear when.

“They have that control over you,” Ali said of her sex traffickers, who physically abused her. “I felt obligated to do certain things with them in order for them to keep providing for me . . . I was willing to sacrifice enduring that because without that person I thought I had nothing.”

Ali, who has a master’s degree, said she left her stable home for the notoriously violent streets of Kensington after she tried heroin and became addicted. “It’s honestly like a war zone,” she said of the neighborhood. “Most of what goes on there is drugs, prostitution and violence. It’s crazy when I think about it now because it’s no way for a person to live.”

William Johnson, a deputy sheriff with the Philadelphia Sheriff’s Office, arrested Ali after her family asked authorities for help finding her. When that happened, Ali said she was scared but also relieved because she “knew that it was over.” “I knew that the way that I was living and my days on the streets and years of living that way was ending,” she said. “I don’t think I would have made it off of the streets alive had I continued to stay out there.”

Ali now works at a treatment center helping others fight their addictions, according to the FBI. It’s unclear how old she was when she was rescued.

The agency posted Ali’s story as it announced it had recently rescued 84 children, including a 3-month-old girl, and arrested 120 alleged traffickers, following a nationwide crackdown on child sex trafficking. 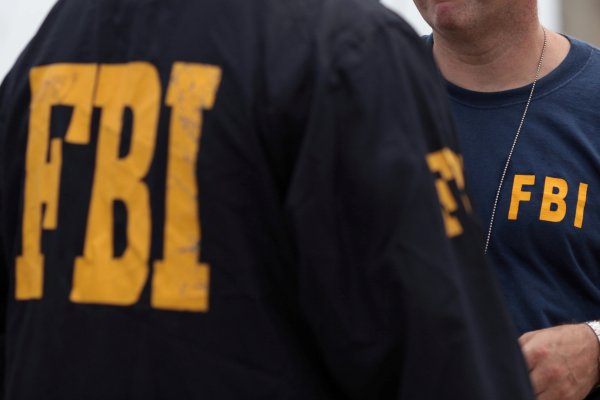 A 3-Month-Old Girl Was Among 84 Children Rescued From Sex Traffickers
Next Up: Editor's Pick