'We Are Not Alone': Ellen DeGeneres Shares Inspiring 'Me Too' Message

Ellen DeGeneres is speaking out in support of the recent “Me Too” movement to raise awareness of the prevalence of sexual harassment and assault. After sharing her own #MeToo tweet on Tuesday, the talk show host spoke candidly about the meaning of the campaign during Thursday’s episode of Ellen.

“This is not a male thing or a female thing, it is not a Hollywood thing or a political thing. This is a human thing and it happens in the workplace, it happens in families, it happens all over the world and we are all the same,” she said. “We all want the same thing: we want respect and love and kindness.”

DeGeneres went on to discuss the importance of the reignited conversation surrounding the topic.

“As hard as this is to talk about, at least we are talking about it,” she said. “It’s not like this is a new thing. This has been going on forever and thanks to being connected to social media, we can see it for what it is and that we are not alone, and hopefully the conversation that we are having now will free all of us. If you are a parent, we can break the cycle and teach our little girls and our little boys that girls should be strong, boys should be kind.”

The “Me Too” movement was elevated by actor Alyssa Milano when she tweeted the message, “If you’ve been sexually harassed or assaulted write ‘me too’ as a reply to this tweet,’ in the wake of the ongoing Harvey Weinstein scandal. 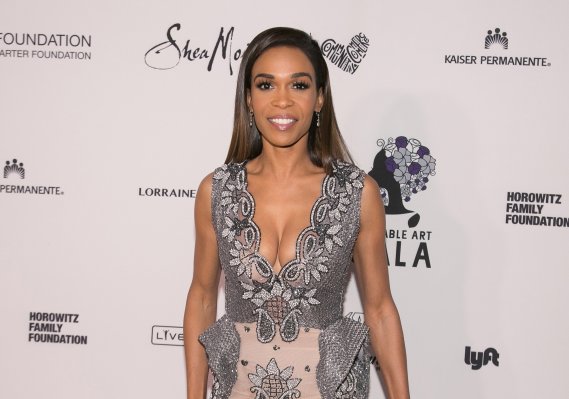 Michelle Williams Reveals She Suffered From Depression While in Destiny's Child
Next Up: Editor's Pick