Want to Clap Your Heart Out for Xi Jinping? There's an App for That

As if the propaganda surrounding the twice-in-a-decade Communist Party Congress wasn’t enough of an onslaught, Chinese tech giant Tencent is turning love for President Xi Jinping into a competitive game.

The game, called Clap for Xi Jinping, is self-explanatory. Players are first led into the Great Hall of the People in Beijing, where the Congress is taking place, and are played snippets from Xi’s three-and-a-half-hour speech on Wednesday. The catalog of excerpts touches on themes like affordable housing, poverty elimination, “Socialism with Chinese Characteristics for a New Era” and the “rejuvenation of the Chinese nation.”

Players are then given 18 seconds to “clap” for Xi as much as they can by tapping furiously on the bottom of their smartphone screens.

Scores given for the frequency of the applause are then compared to totals achieved by others who have played the game. Players are then encouraged to clap again, and to share the game with their friends and relatives.

According to Whats On Weibo, Clap for Xi Jinping has been played over 400 million times by Wednesday evening local time, after emerging as an online sensation.

At the time of the post, over 880,000,000 claps had been given in the game, according to a tally displayed at the end of the sequence. 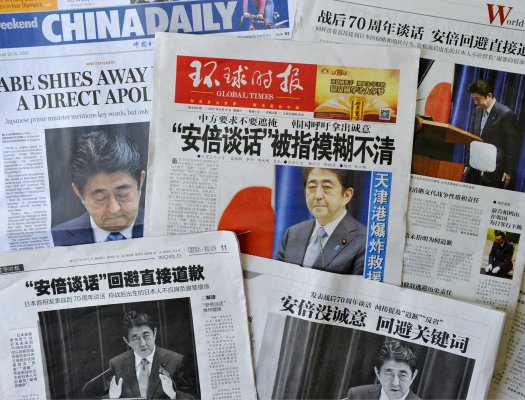 The China Daily Pulls Column on Sexual Assault After Backlash
Next Up: Editor's Pick