After 30 years of vacancy, rumor has it that North Korea has resumed work on the so-called Hotel of Doom. New satellite images show cranes and trucks around the 105-story pyramidal skyscraper officially known as the Ryugyong Hotel, the Telegraph reports.

Towering over the nation’s capital Pyongyang, the 3,000 room hotel is the 4th tallest in the world, but has been a work in progress since 1987.

A German tourist who recently visited Pyongyang told the Telegraph that they had noticed “some work activity around the entrance hall and surroundings. It seems the area around the building will be prepared.”

The tourist added: “Our Korean guides told us that there might be plans to open some parts of the building for public or offices. But not the whole building so far as they know.”

The Telegraph reported similar findings when a rare light was observed inside the hotel last December. At that time, representatives of Orascam, the Egyptian development company suspected of being behind construction, were reportedly in the capital.

Work began on the hotel in 1987 under then leader Kim Il-Sung in an effort to invigorate the country’s tourism industry. But the project has hit several construction delays and inspection failures. 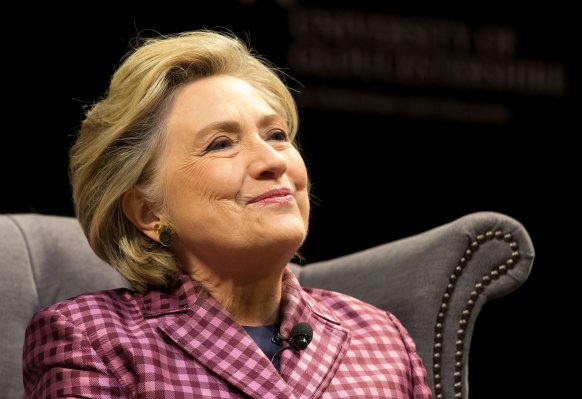 Clinton Says Threats of War With North Korea Are 'Dangerous'
Next Up: Editor's Pick