What 'Me Too' Can Teach Men Who Are Willing to Listen

When women on social media started posting their experiences with harassment and assault, it was no surprise that just about every woman on many of our feeds had testified #metoo. What was perhaps surprising was how many men couldn’t believe it. As the psychologist (and my friend) Mina Cikara put it on Facebook: “You know what shocks me? How shocked my male friends/colleagues are.” Many men discovered they had been living an alternative reality.

This shock is especially surprising because everyone, regardless of race or class background, is exposed to women. Consider a contrast: When African Americans, at the start of #BlackLivesMatter started reporting their personal experiences with police harassment, many whites could be forgiven for being totally surprised. After all, blacks only constitute 13% of the U.S. population, and many white Americans can and do live their entire lives with only a few black friends. In fact, most white adults have no close black friends.

But the same is not true for men with respect to women. Just about everyone has a mother, a sister, a girlfriend, a daughter, a sister-in-law, a grandmother, an aunt or a wife. Very few men are not close to at least one woman. Why would the prevalence of harassment and assault be a shock?

Cikara speculated that men may differ on what harassment is, that harassers may censor themselves around men, or that women are so used to it they may not bother saying anything. I am sure there is some truth to each of these ideas. But perhaps there is another reason men often do not hear, which is that women may deliberately avoid telling their close male friends and relatives.

We think of our close ones as the best people to confide difficult experiences to, because they are supposed to be trusted, supportive, and understanding. Yet as I document in my book, Someone To Talk To, we often avoid the people we are close to when we have something sensitive to talk about. When we need a confidant, we usually want the person to do one thing: to listen empathetically. But the people we are close to usually play more than one role in our lives, and which role they would play if we bring up a difficult topic might be ambiguous. My wife is my supporter, intimate, critic, friend, dance partner, career adviser, and more. When I need her to be a supporter, I don’t want her to be a critic, a fact that she usually understands. If I have any doubt, I avoid the topic.

Such is the nature of close relationships when topics are sensitive. Consider the number of people who never learn that a close friend or relative is suffering from depression, or was fired from work, or has had an abortion, or had been battling cancer. Some topics bring up ambiguities, or awkwardness, or the fear that the confidant may something unhelpful or even hurtful. And some incidents are too painful to risk the possibility that our confidant, the person we are very close to, might say or do the wrong thing.

Sexual harassment and assault are such that women have reason to be unsure how a close male might respond. Many of us men have been harassed, sexually assaulted, or stalked. But for almost none of us is the experience as pervasive, persistent or routine as it is for women. In addition, we rarely talk about it because the way too many of us understand masculinity today unfortunately requires us to tough it out, avoid making a big deal out of it, and move on. For this reason, many women we are close to have good reason not to know how we might respond.

How many times have we been a critic, or an advisor, or a “protector,” when the only thing our loved ones wanted was a listener? Of the many roles that men can play in reducing sexual victimization — including the most important, to stop victimizing — perhaps a place to start is changing how we listen. 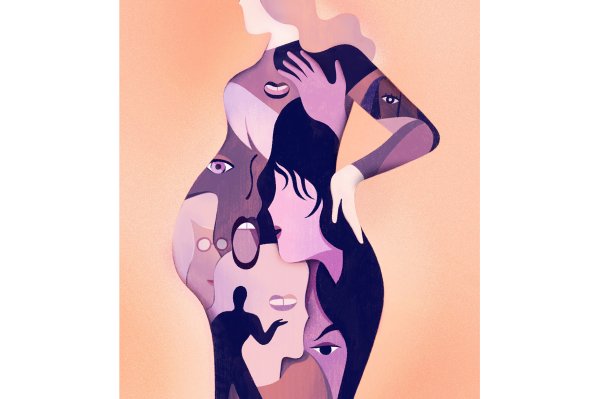 When You're Pregnant, Everyone Is Suddenly an 'Expert' on Your Health
Next Up: Editor's Pick