The mother of a fallen soldier said that President Trump disrespected her son during a condolence phone call.

In an interview with the Washington Post, Cowanda Jones-Johnson confirmed the account of Democratic Rep. Frederica S. Wilson, who heard Trump’s remarks on a speakerphone as he talked with the widow of Sgt. La David T. Johnson, who was killed in Niger.

“President Trump did disrespect my son and my daughter and also me and my husband,” Jones-Johnson said. She declined to elaborate on the call, but she said Wilson’s account — which included Trump telling Johnson’s widow that her husband “must have known what he signed up for” — was accurate.

Trump has faced criticism for his response to the deaths of four soldiers in Niger. When he was asked if he had called the families on Monday, Trump claimed that his predecessor had not called military families, a claim that was swiftly rebutted by Obama Administration officials. He then argued that Obama never called White House Chief of Staff John Kelly after his son died in Afghanistan, though Kelly has avoided politicizing his son’s death in the past.

After Wilson shared an account of his phone call, Trump tweeted Wednesday that it was “totally fabricated” and that he had “proof.” White House spokeswoman Sarah Huckabee Sanders later said that members of the Administration, including Kelly, were listening in to the call and said it was “disgusting” that the issue had been politicized. 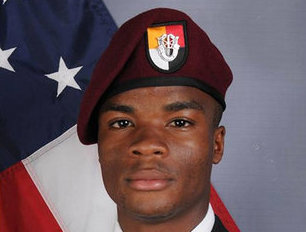