Senate candidate Roy Moore believes that professional athletes who take a knee during the national anthem are breaking the law.

In an interview with TIME magazine, the Alabama Republican argued that NFL players and others who have protested police violence are violating a section of the U.S. code which outlines how people should conduct themselves when the anthem is played. (The code merely outlines proper etiquette, and there are no legal penalties outlined in the law.)

“It’s against the law, you know that?” he said. “It was a act of Congress that every man stand and put their hand over their heart. That’s the law.”

In 2016, then-San Francisco 49ers quarterback Colin Kaepernick began taking a knee during the national anthem. While campaigning for Moore’s primary opponent in Alabama in September, President Trump argued that NFL players who take a knee should be fired, setting off a national controversy.

Read a Transcript of Roy Moore’s Interview With TIME

“Wouldn’t you love to see one of these NFL owners, when somebody disrespects our flag, to say, ‘Get that son of a bitch off the field right now. Out. He’s fired. He’s fired!'” Trump said.

Moore, who gained national notoriety when he defied a court order to remove a monument of the Ten Commandments from courthouse grounds and later when he continued to enforce a gay-marriage ban that had been overturned by the Supreme Court, said he fully supports Trump’s criticism.

He added that it’s a matter of the “the rule of law.”

“If they didn’t have it in there, it would just be tradition. But this is law,” he said. “If we disobey this, what else are we going to disobey? 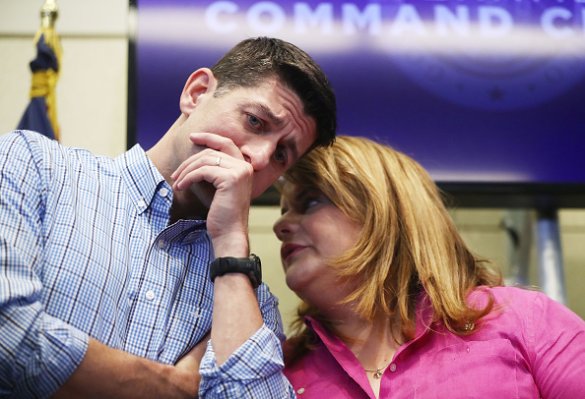 'We Want to Become a State.' Puerto Rico's Sole Representative in Congress Speaks Out
Next Up: Editor's Pick