Trump Said This Dead Soldier 'Knew What He Signed Up For.' Now a GoFundMe Is Raising Money for His Kids

Family members of Sgt. La David Johnson, who was killed in an ambush in Niger this month, have launched a GoFundMe campaign raising money to send the soldier’s children to college.

In a phone call on Tuesday, President Donald Trump told Johnson’s widow that her husband “knew what he signed up for,” according to Democratic Florida Rep. Frederica Wilson, who said she heard part of the conversation on speakerphone. Wilson criticized the comment as “insensitive.”

In a tweet Wednesday morning, Trump said Wilson had “totally fabricated” what he said.

Myeshia Johnson, who is pregnant with the couple’s third child, met her husband’s body at Miami International Airport on Tuesday. The couple also has a 6-year-old daughter and a 2-year-old son.

The GoFundMe campaign has raised more than $217,000 as of Wednesday morning. 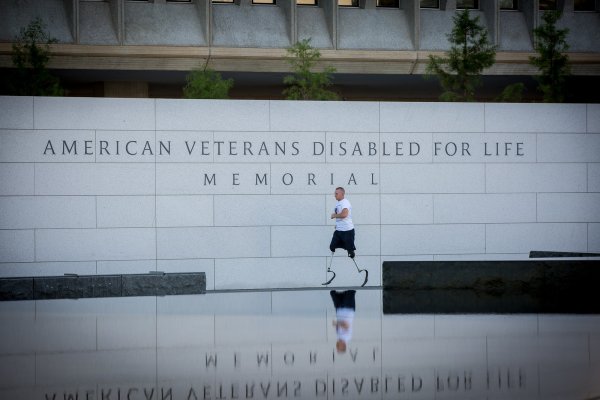 Meet the Double-Amputee Veteran Running 31 Marathons in 31 Days
Next Up: Editor's Pick