These Are the Most Up-and-Coming Cities in America

Imagine you’re a developer looking to build a new condo somewhere in a major U.S. city. You want a location that is up-and-coming and will still be hot by the time you’ve cut the ribbon on your tower of luxury apartments. You have hundreds of economic indicators at your disposal, but they often lag by months or years. How do you see the future?

Yelp, the site where anyone can rate and review local businesses, thinks it has the answer. In a new report released Tuesday, the site is introducing a new way to measure the economic health of cities and even neighborhoods using millions of data points from its trove of information. And unlike traditional indicators of the economy, these measures can show both the current climate for business at a local level and predict what the outlook is going forward.

The data indicate that Charlotte, N.C. is the highest growth area, driven by success in restaurants and also the wider food industry — grocery stores, bakeries and the like — as well as home services. Meanwhile, Boston is ranked last among the 50 cities studied — not because it necessarily has the worst restaurants, but more likely because a high cost of living and a saturated market makes it difficult for new businesses to thrive.

Yelp created both overall rankings and provided TIME with rankings in 10 subcategories, from restaurants to outdoor activities to nightlife and the like. Use the dropdown menu to see which cities are most hospitable to a specific industry.

To create these metrics, Carl Bialik, a former data journalist who is now Yelp’s Data Editor, looked at dozens of data points for each business in 50 metropolitan areas, including their ratings and the number of people who visit their pages, search for them on the site and map a route to their destination on the Yelp app, along with whether each business has remained open in the past year.

This last factor is of particular importance, because it indicates how successful new businesses are likely to be and whether existing ones are likely to survive. Using a complex statistical model, Bialik is able to predict the likelihood that a business will remain open in the coming months, based on the patterns in user behavior that preceded the closing of now-defunct outlets.

In fact, the ratings themselves, Bialik found, were less important than the behavior of users, whose search and viewing patterns were anonymized and aggregated. “On its face, at least, it doesn’t seem like the content of the rating is the biggest driver” of success, Bialik says. “In general, if you’re seeing the numbers going down for the number of people who are viewing the business on the app, the number of times people are using the app to get directions to the business, and the number of bookmarks Yelp users have created for that business,” then its future may not be rosy.

“We can make good predictions about the likelihood of closure, and we can use that as a proxy for local economic health,” he said.

Because Yelp’s data is current, it offers a real-time picture of a city or neighborhood that has previously been much more difficult to measure. While economists have long used creative indicators beyond the government’s data to gauge the market, such as whether Americans are dining at fast-food or “fast casual” restaurants, the available data has never been so granular and up-to-date.

Which isn’t to say that the time-tested government data on things like inflation, employment and trade aren’t still essential. “The government data is also incredibly valuable,” Bialik says. “You have the advantage of years and years of comparable data. I think Yelp data can be a complement to that.”

This sort of measurement has already caught the attention of academics. A recent Harvard study found that “crowdsourced data from online platforms such as Yelp are often contemporaneous and geographically finer than official government statistics,” which are often reported at a county level and lag behind the current atmosphere. Yelp’s initial report is just the beginning of a project that Bialik plans to explore in the future. 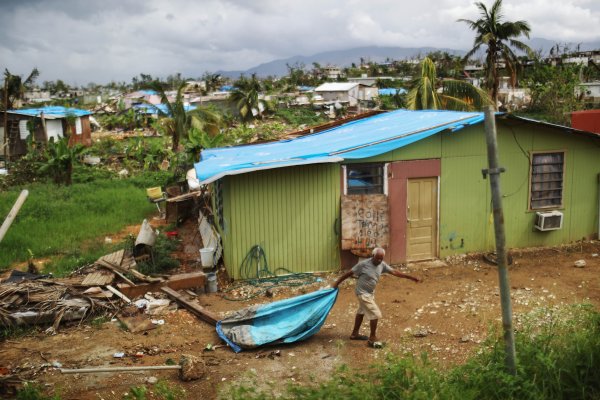 FEMA Chief Blamed for Katrina Response Says the Same Problems Are Happening in Puerto Rico
Next Up: Editor's Pick