Prince George and Princess Charlotte are getting a baby sibling in April 2018, Kensington Palace announced via Twitter on Tuesday morning.

While we’ve known for for more than a month now that the Duke and Duchess of Cambridge are expecting their child — and Kate Middleton has since withdrawn from most public appearances, as she’s battling acute morning sickness — it’s only now that we’re getting an official timeframe in which to begin hyping up the third royal baby’s time to shine.

Prince George, now four, is a July baby, while Princess Charlotte, two, was born in May. The parents will certainly always be busy with birthday celebrations in the spring and summer season once baby number three is born.

Of course, the real question: Aries or Taurus? (The astrological signs are split over the month of April.) And the other important factoid here: it’s definitely just one child, not twins (or triplets), based on the language Kensington Palace has used. Perhaps for the best: three royal children under the age of five already sounds like quite a handful. 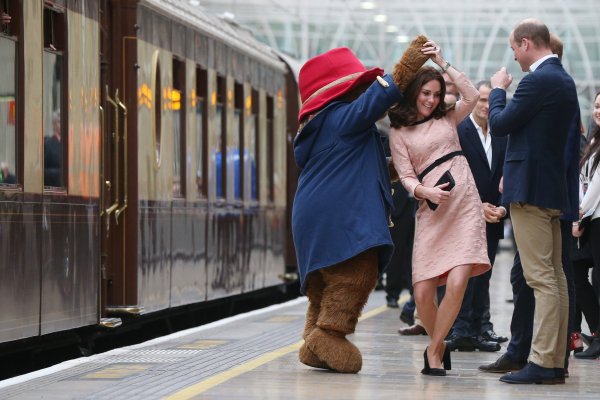 Kate Middleton Dancing with Paddington Bear Is What We Need
Next Up: Editor's Pick