'Death Cleaning' Is the Newest Way to Declutter. Here's What to Know

My father, a meticulous organizer, has perfected the art of storage: nestling suitcases inside of suitcases, suspending old tables from the ceiling and filling every available nook with things we just might need again someday, but haven’t touched in years.

As a result, our basement—like that of many Americans—is full of stuff.

My mother has been hounding him for years to pare it down, but he hasn’t been willing to budge. Until this year. In the past 12 months, two of my grandparents have passed away, and since then, my mom and dad have spent a huge chunk of their time combing through and cleaning out their own parents’ homes, discarding and donating their possessions to anyone who would take them.

It’s been a wake-up call for my dad, especially, who is suddenly encouraging me to take the items from their basement I’ve been eyeing for my own place. “You’re going to get it eventually, so you might as well take it now,” he joked.

There’s a Swedish word for my dad’s newfound willingness to unload and declutter: dostadning, a hybrid of the words for death and cleaning. And as morbid as it sounds, that’s exactly what death cleaning is: the process of cleaning house before you die, rather then leaving it up to your loved ones to do after you’re gone.

A new book called The Gentle Art of Swedish Death Cleaning makes the case that the task isn’t morbid at all. Author Margareta Magnusson—a Swedish artist who describes herself as somewhere between age 80 and 100—says it’s “more like a relief,” and that it has benefits you can enjoy while you’re still very much alive.

“Generally people have too many things in their homes,” says Magnusson in a YouTube video posted by the book’s publisher. “I think it’s a good thing to get rid of things you don’t need.” Magnusson says she’s always death cleaned, “because I want to have it nice around me, keep some order.”

Magnusson says people should start thinking about death cleaning as soon as they’re old enough to start thinking about their own mortality. “Don’t collect things you don’t want,” she says. “One day when you’re not around anymore, your family would have to take care of all that stuff, and I don’t think that’s fair.”

MORE: Why Do People Want to Live So Long, Anyway?

The Death Cleaning method bears similarities to that of the tidying-up guru Marie Kondo: Keep what you love and get rid of what you don’t. But while Kondo tells people to trash, recycle or donate what they discard, Magnusson recommends giving things you no longer want to family and friends “whenever they come over for dinner, or whenever you catch up with them,” reports the Australian website Whimn.

However, Magnusson does advocate for keeping sentimental objects like old letters and photographs. She keeps a “throw-away box,” which she describes as things that are “just for me.” When she dies, her children know they can simply throw that box away, without even looking through its contents.

The Gentle Art of Swedish Death Cleaning is slated for U.S. publication in January. If the trend catches on stateside, it could be a good way for families to discuss sensitive issues that might otherwise be hard to bring up, says Kate Goldhaber, a family therapist and assistant professor of psychiatry and behavioral neurosciences at Loyola Medicine.

“It seems like a nice, proactive approach to facilitating cooperation and communication among families early on in the aging process, when you’re not too entrenched in the difficult parts later on,” says Goldhaber. “There can also be something very empowering and healthy about taking care of your own space and making it more organized while you’re still around.”

MORE: These Are the Filthiest Places In Your Kitchen

Death cleaning may have benefits for the cleaners themselves, and not just for their loved ones, says Goldhaber. Some research suggests that clutter in the home can raise stress levels and reduce productivity. As adults get older, having a house full of stuff may also raise their risk for falls and create other health and safety hazards.

Goldhaber points out that many people may engage in a type of death cleaning without calling it that—when they downsize from a large house to a small apartment as they get older, for instance. “It’s a new way of thinking about the grunt work that comes along with those transitions, which can be really stressful,” she says.

If bringing up the concept of death with aging loved ones still feels wrong, Goldhaber suggests rephrasing the idea. “If you present it as, ‘Let’s organize the house so it’s a more enjoyable place for you to live and for us to have holidays,’ it might be better received than ‘Let’s throw away your stuff now so we don’t have to sort through it later,’” she says. “It can be fun, even late in life, to redecorate and declutter, and it can be a great thing for families to do together.”

Magnusson says that death cleaning is an ongoing process that’s never truly finished. “You don’t know when you are going to die, so it goes on and on,” she says in the video.

Her daughter chimes in, stating the obvious: Death cleaning ends with death. Magnusson laughs and nods. “Then it stops,” she says, “of course, finally.” 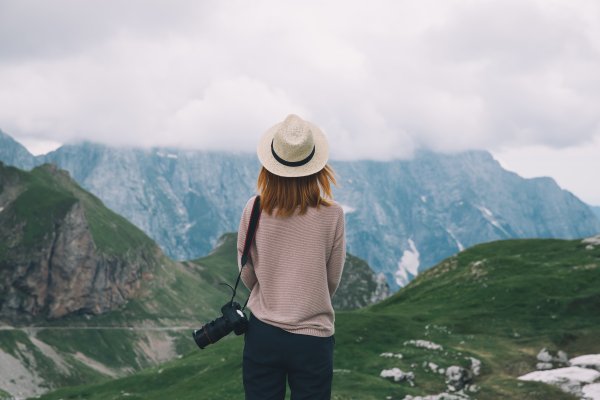 6 Ways to Practice Lagom, the Swedish Secret to a Balanced, Happy Life
Next Up: Editor's Pick