“Ladies and gentlemen, I hereby declare Marawi City liberated from the terrorist influence. That marks the beginning of rehabilitation,” Duterte declared before assembled troops on Tuesday, according to the Philippine Daily Inquirer.

Duterte’s announcement follows Monday’s confirmation that the two foremost leaders of the ISIS-inspired coalition that overran the city had been killed in battle.

More than 1000 people, including over 800 militants, have died since fighting began on May 23, according to the Armed Forces of the Philippines. The conflict has displaced in excess of 350,000 people.

Estimates of how much it will cost to rebuild Marawi — which has been gutted by aerial bombardment as well as the protracted ground war — have varied, but Philippine Secretary of Defence Delfin Lorenzana recently put the figure at around 100 billion pesos ($1.95billion), CNN Philippines reports. 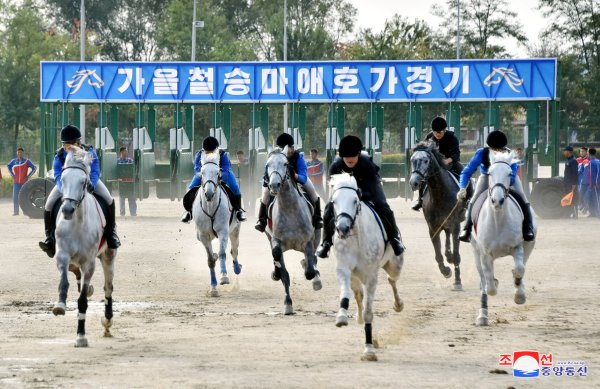 Racetrack Gambling Is Now Legal in North Korea
Next Up: Editor's Pick