John Dunsworth, who starred in the cult Canadian mockumentary Trailer Park Boys and the supernatural drama Haven, has died aged 71.

“With heavy and broken hearts the family of John F. Dunsworth would like to let people know that our amazing husband, father and grandfather John Dunsworth has passed away,” his daughter Sarah Dunsworth, also an actor in Trailer Park Boys, wrote on Twitter Monday. “John left this world peacefully after a short and unexpected illness.”

The cult television series Trailer Park Boys focusses on the misadventures of the residents of a fictional trailer park in Nova Scotia, Canada. In the show Dunsworth, a Nova Scotia native, played an often drunk trailer park supervisor named Jim Lahey who was renowned for his bisexual escapades, Variety reports.

On Monday, other Trailer Park Boys actors took to Twitter to pay tribute to Dunsworth. He was “all of our father on set, yet the biggest kid at heart. Curious. Mischievous. Spirited. I’d often just stop and watch,” Jonathan Torrens, who plays J-Roc in the show, wrote.

“If only we could live out lives with a fraction of the wonder that John did,” Torrens added in a separate tweet. 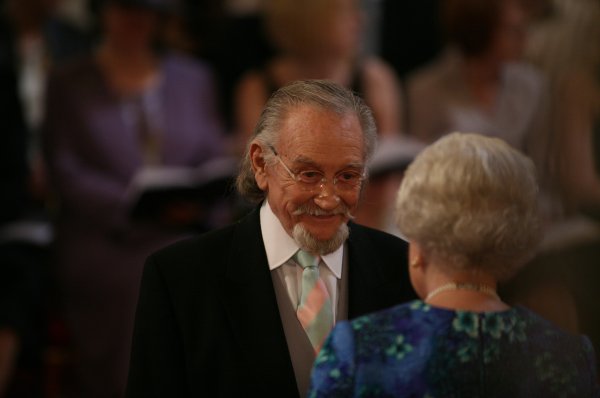 'Game of Thrones' Actor Roy Dotrice Dead at 94
Next Up: Editor's Pick