The "World War II Evacuee Girl Costume" pictured on TheHalloweenSpot.com, which has since removed the costume.
Courtesy of The Halloween Spot
By Katie Reilly

A Halloween costume depicting Holocaust victim Anne Frank appears to have been removed from several retailers after it sparked social media backlash.

Screenshots show the costume described on several sites as a “World War II evacuee girl” or Anne Frank, whose surviving diary has become a powerful symbol of the tragedy of the Holocaust. The costume includes World War II-era clothing and a green beret.

“We should not trivialize her memory as a costume,” said Carlos Galindo-Elvira, regional director of the Anti-Defamation League’s Arizona office.

HalloweenCostumes.com removed the costume on Sunday in response to criticism. As of Monday night, the costume appeared to have been removed from Walmart’s website as well, but was still being sold on Amazon.

“We sell costumes not only for Halloween, but for many uses outside of the Halloween season, such as school projects and plays. We offer several types of historically accurate costumes – from prominent figures to political figures, to television characters,” a spokesperson for HalloweenCostumes.com said in a tweet Sunday night, adding that the costume had been removed. “We apologize for any offense it has caused, as that’s never our intention.” 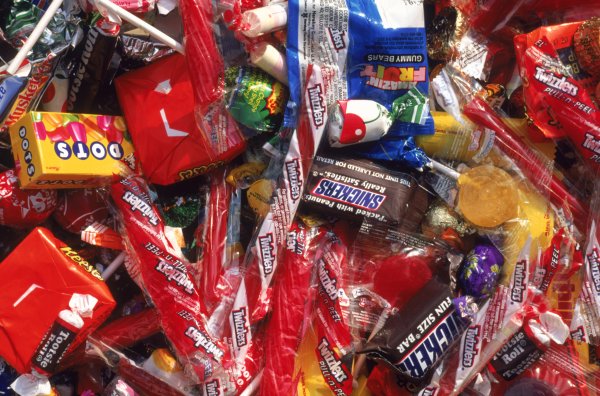 See the Most Popular Halloween Candy in Your State
Next Up: Editor's Pick