President Trump said Monday that his predecessor had never called the families of U.S. soldiers killed in the line of duty overseas, a claim he quickly walked back after he was asked for evidence to support it.

During a press conference in the Rose Garden, Trump was asked whether he would call the families of the four U.S. Army special operations commandos killed in an ambush in Niger earlier this month. He said he would, then claimed that President Obama had not done so in similar situations.

In a follow-up question, Trump was challenged on the claim and conceded that he didn’t actually know if Obama called or not.

“President Obama, I think probably did sometimes, and maybe sometimes he didn’t,” he said. “I don’t know, that’s what I was told.”

Obama’s office declined to comment. But his former aides were quick to rebut the claim.

“President Trump’s claim is wrong. President Obama engaged families of the fallen and wounded warriors throughout his presidency through calls, letters, visits to Section 60 at Arlington, visits to Walter Reed, visits to Dover, and regular meetings with Gold Star Families at the White House and across the country,” one former White House official told TIME.

On social media, the statements were even stronger in condemning Trump’s remarks. Alyssa Mastromonaco, the former White House Deputy Chief of Staff for Operations in the Obama White House, categorized the claim on Twitter as a “f—ing lie.”

And Pete Souza, Obama’s White House photographer, quickly posted a photograph on Instagram of Barack and Michelle Obama meeting with the parents of Sergeant Jared C. Monti who was killed in Afghanistan and posthumously awarded the Medal of Honor.

“I also photographed him meeting with hundreds of wounded soldiers, and family members of those killed in action,” Souza wrote.

At points in the Obama Administration, families of fallen soldiers expressed frustration with the White House condolence letters, with one father calling it “impersonal.” In late 2010, the family of a soldier who was killed in action reached out to the White House and said he was told that “Obama did not regularly make phone calls to the families of fallen soldiers.” The story was picked up by the conservative media.

Trump previously criticized Obama in 2012, arguing that his letters were not personal enough. 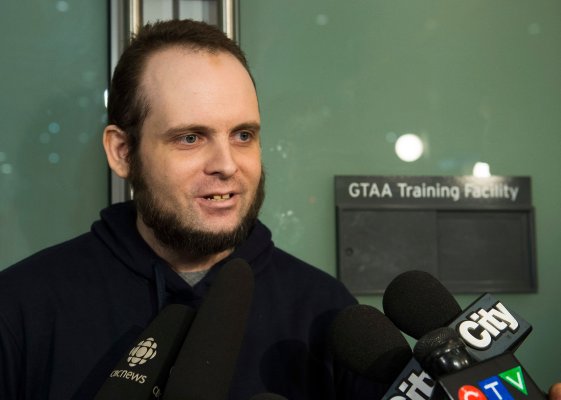