A Canadian man who was rescued in Pakistan last week after five years in captivity said he initially didn’t believe his kidnappers when they told him Donald Trump was president of the United States.

“It didn’t enter my mind that he was being serious,” Joshua Boyle said in a recent interview with the Toronto Star.

Boyle and his American wife, Caitlan Coleman, were held hostage by a Taliban-linked group for five years with their three young children, who were born in captivity. The couple was abducted in 2012 by the Haqqani network while they were traveling in Afghanistan.

Boyle told the Star that he didn’t know Justin Trudeau was the Canadian prime minister until he was released either, and he only learned Trump was the U.S. president when he was forced to make a “proof-of-life” video.

For now, Boyle said he and his family are trying to adjust to normal life back in Canada.

“Obviously it will be of incredible importance to my family that we are able to build a secure sanctuary for our three surviving children to call a home, to focus on edification and to try to regain some portion of the childhood that they have lost,” he said in a statement after arriving in Toronto on Friday. 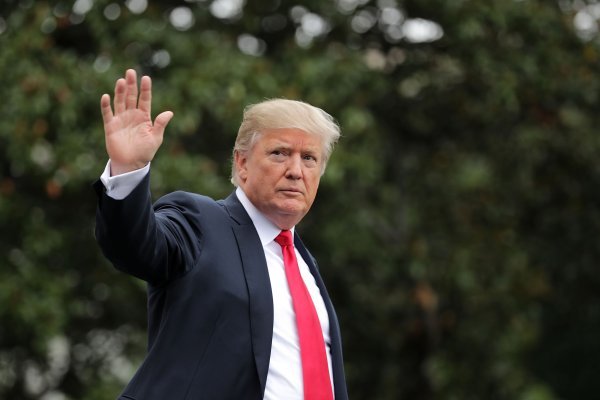 Washington Had a Busy Week. Catch Up in 5 Minutes
Next Up: Editor's Pick