President Trump said he was looking into an explosive report about his pick to be the White House drug czar, Rep. Tom Marino of Pennsylvania.

Speaking at a press conference with Senate Majority Leader Mitch McConnell in the Rose Garden Monday, Trump acknowledged that he had seen a report from “60 Minutes” and the Washington Post that Marino helped steer legislation that made it harder for the Drug Enforcement Administration to stop suspicious shipments of narcotics.

“I did see the report, we’re going to look into the report,” he said.

The president called the Republican lawmaker, who was an early supporter of his, a “great guy” and a “good man.” Trump said he had not spoken to him yet, but said he will soon.

The Post and “60 Minutes” published reports that found the Republican lawmaker led a legislative effort to make it harder for law enforcement to stop shipments of opioids, fueling the ongoing crisis. The drug industry lobbied heavily for the bill, the investigation found.

A hearing to confirm Marino, who was nominated by Trump in September, has not yet been scheduled. Democratic Sen. Joe Manchin of West Virginia sent Trump a letter on Monday urging him to withdraw Marino’s nomination.

On Monday, the president said he would consider changing the law if the law at the center of the investigation proves detrimental to his Administration’s goals of combatting the opioid crisis. “If I think it’s 1 percent negative to doing what we want to do, I will make a change,” Trump said.

The president also said the White House would officially declare the opioid crisis a national emergency next week. It has been two months since he said it was an emergency and pledged to devote more resources to addressing the issue. 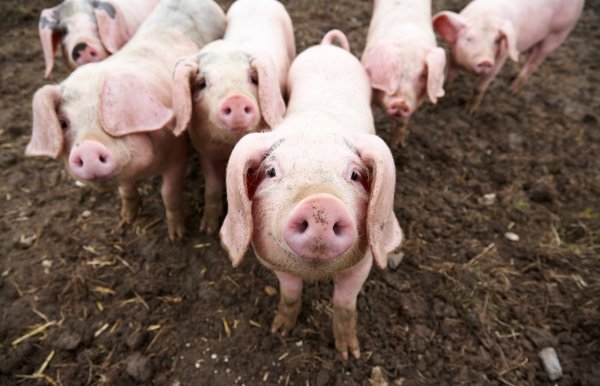 Here's How to Cut Antibiotic Use in Animals
Next Up: Editor's Pick