Ashton Kutcher Reveals His Simple Secret to Getting Ahead at Work

Let Ashton Kutcher teach you how to avoid getting punk’d by your email inbox. His advice, delivered to Arianna Huffington on a new episode of her Thrive Global Podcast is simple: don’t look at your messages until after you’ve finished everything you wanted to send out.

“When I wake up…I spend the first hour of my work not looking at email, and actually just writing out what it is that I want to accomplish in a given day,” Kutcher told Thrive founder Huffington in the interview. “And then before I go through my emails, I’ll do all my outgoing, outbound stuff, which is what I want everyone else to do for me. And then I’ll go and get reactive to whatever’s going on.”

Kutcher added that he used to spend two hours or so of his morning just answering emails — an “impossible hole” that many office workers can certainly relate to. “All I was doing was other people’s work all day long, and I never actually got to the things that I wanted to accomplish,” he said.

But that’s no longer the case for him. And it’s clear he’s doing something right: outside of his career in acting, Kutcher is a man of many hats. He heads up a venture capital firm, is a husband and father, has made some recent real estate acquisitions, moonlighted as a relationship advisor on The Bachelorette and has even taken the time to speak to the Senate about the human trafficking. 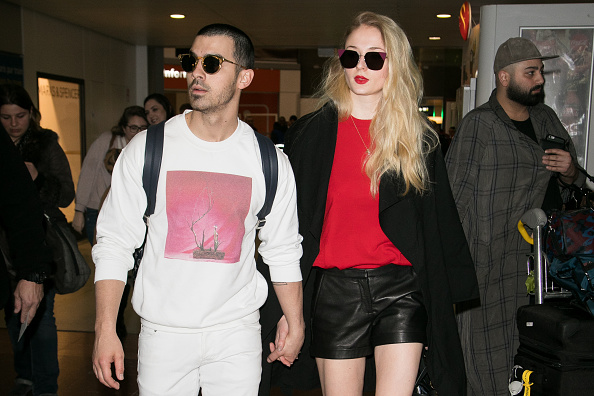 A Complete History of Sophie Turner and Joe Jonas's Whirlwind Romance
Next Up: Editor's Pick