Harvey Weinstein’s membership in the Academy of Motion Picture Arts and Sciences was revoked over the weekend, following reports in The New York Times and The New Yorker detailing sexual harassment, assault and rape allegations spanning decades.

But this wasn’t actually the first time Weinstein got some Oscars-related pushback. The Los Angeles Times reports that Kate Winslet deliberately opted not to thank Weinstein after her Best Actress win at the 2009 Oscars for the Weinstein Company funded and distributed The Reader. While Winslet was asked to thank Weinstein if she won, she instead thanked 13 other people and pointedly left his name off the list.

“That was absolutely deliberate,” Winslet told the newspaper. “I remember being told. ‘Make sure you thank Harvey if you win.’ And I remember turning around and saying, ‘No I won’t. No I won’t.’ And it was nothing to do with not being grateful. If people aren’t well-behaved, why would I thank him?”

Weinstein, who has been fired from his company, has denied “any allegations of non-consensual sex,” his spokesperson said this week. In an explosive New York Times report last week that opened the floodgates for more allegations, Weinstein said: “I appreciate the way I’ve behaved with colleagues in the past has caused a lot of pain, and I sincerely apologize for it.”

Winslet added that she was glad that she won’t have to work with Weinstein in the future. One of her first roles was in the Weinstein-funded film Heavenly Creatures, something she said she felt he often held over her.

“The fact that I’m never going to have to deal with Harvey Weinstein again as long as I live is one of the best things that’s ever happened and I’m sure the feeling is universal,” she told the Times. “For my whole career, Harvey Weinstein, whenever I’ve bumped into him, he’d grab my arm and say, ‘Don’t forget who gave you your first movie.’ Like I owe him everything. Then later, with The Reader, same thing, ‘I’m gonna get you that Oscar nomination, I’m gonna get you a win, I’m gonna win for you.’ But that’s how he operated. He was bullying and nasty. Going on a business level, he was always very, very hard to deal with — he was rude. He used to call my female agent a [vulgar name for a woman] every time he spoke to her on the telephone.” 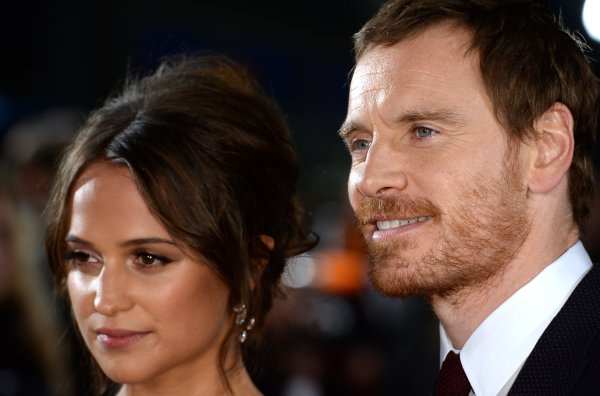 Michael Fassbender and Alicia Vikander Eloped in a Secret Ceremony in Ibiza
Next Up: Editor's Pick