We know how Eleven makes it back.

By the end of the first season of Stranger Things, it looked like Eleven pulled off her most ambitious move by destroying the monster and in so doing, disappearing. But twist: in the show’s final moments, Hopper leaves a box of her favorite waffles and Christmas treats in a box in the woods. But one of the biggest questions fans had about season one remains: Where is Eleven?

We finally have our answer. The show has teased her hand breaking through the goo in the Hawkins Middle School wall in different Stranger Things season 2 trailers, but actor Millie Bobby Brown recently introduced a new clip at MCM Comic Con London that sheds even more light on her situation.

Even though you can hear some ominous growling in the clip, she makes it through at last. The video proves Eleven is still able to use her mind powers. Case in point: she crumbles a wall buffering the Upside Down from our dimension so she can squeeze through the hole filled with slime.

Now we know that if there’s “something weird in the neighborhood,” Eleven will hopefully be ready to tap in at any moment. Also of note: she did not go to the Upside Down just to avoid going to the Snow Ball with Mike. This could really be his year.

Stranger Things and Eleven return to keep you safely indoors this Halloween on Oct. 27. 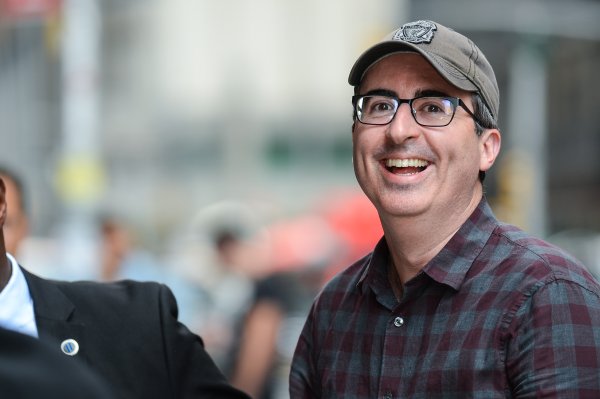 John Oliver Hacks into Equifax on Last Week Tonight
Next Up: Editor's Pick