How California Changed the Way the World Fights Fires

A Cal Fire firefighter is silhouetted by his headlamp as he monitors a backfire while battling the Rocky Fire on Aug. 3, 2015 near Clearlake, Calif.
Justin Sullivan—Getty Images
By Steve Pyne / History News Network

The fires that have blitzed across Napa-Sonoma have a claim on the rest of us because they are tragic, because they will require emergency assistance, and because what happens in California tends not to stay in California.

Most of California is built to burn: it has fires to match its mountains. Unsurprisingly, fire protection as a formal program came early — a Board of Forestry in 1885; national forests in the 1890s; national parks in the Sierra Nevada under administration by the U.S. Cavalry. In 1905 the U.S. Forest Service assumed control over the national forests and California passed a Forest Protection Act, leading to an ad hoc condominium that fused into a formal alliance with the 1911 Weeks Act. In 1919 the state mandated fire control on a county basis; five counties elected to create their own apparatus, the remainder deferred to the state. With World War II state funding tripled: the California Division of Forestry went to war and has never stood down. Then a Cold War inspired an office of emergency services, complete with a state master plan for fire that would allow forces anywhere to be transferred as crises broke out. With regard to fire California entered a chronic state of emergency.

Along the way California pioneered innovations in firefighting at a relentless rate. From it came the model for fire planning, the first national fire conference, the hotshot crew, helijumping, aerial reconnaissance, the McLeod and Council tools, airtankers and helitankers, the conversion of military surplus hardware to fire control, massive fuelbreaks, the 10 Standard Orders for Fire Fighting, the incident command system, the concept of the wildland-urban interface, the adaptation of urban fire services to rural and exurban landscapes, even the first national fire-prevention campaign (which morphed into Smokey Bear). Time and again a novel idea has emerged from California and then gone national, and beyond. When the U.N. Food and Agriculture Organization wanted a fire manual, a Californian wrote it.

The fires kept coming, and every big outbreak led to reforms in a search for better ways to hold the fires in check even as cities pushed ever harder against the flames. An implacable force of nature met an implacable society and the struggle only intensified over the years. In the postwar era California could boast a concentration of firepower unrivaled elsewhere in the country. It acquired one of three national fire labs and one of two equipment development centers. The U.S. has 10 fire coordination centers; Alaska is the only state that has one to itself. California has two. By 1960 California claimed a quarter of the U.S. Forest Service fire budget. It is now closer to half. California stands alone in its tally of firefighter fatalities. For fire in America, California is the great disturbance in the force.

Yet California was equally a hotbed of protest. The Great Fires of 1910, boiling over in the Northern Rockies, traumatized the young U.S. Forest Service. In California, however, the fires prompted two responses, each of which had national consequences. One, known as the light-burning controversy, objected to suppression as a foundational policy. Instead, it argued for the “Indian way” of forest management, which relied on frequent, “light” fires to calm fuels. Forestry fought back, dismissing the concept as “Paiute forestry.” The second response occurred when ranger Coert duBois had to interrupt his honeymoon to fight a fire near Tahoe. Within a year he created the principles of “systematic fire protection,” which he fleshed out in 1914 and then became the basis for national forest planning across the country. Systematic fire protection fought light burning tooth and nail and won.

The episode reappeared in the 1960s with an effort to restore fire. The deterioration of Sierra forests by fire’s removal became the core example of the Leopold Report, soon supplemented by studies that highlighted the desperate need for fire by the charismatic sequoia. With the Sierra parks as models, the National Park Service in 1968 revised its policy to restore fire; the Forest Service followed a decade later. Efforts began to expand prescribed fire elsewhere, even along the Transverse Range. Yet, once again, the drive for suppression overwhelmed alternatives and left restored fire in scattered sanctuaries. The drip torch passed to Florida.

Why? The grand explanation is that California’s population and economy kept pushing against a fire-marinated landscape and demanded protection against flame. The means, however, were the various arrangements that allowed agencies to share resources, which required in Southern California that urban and wildland agencies operate under common guidelines – they even had different names for supervisors (“bosses,” “chiefs”) and trucks that squirted water (“pumpers,” “engines”). Reconciliation meant that urban fire won since that was where the money and votes were. In this way one of the marvels of the American fire community, its capacity for total mobility and mutual aid, meant that policy decisions would go to the latest crisis and loudest criers; and California was a media megaphone where even little fires could become celebrity news.

What congealed in Southern California then became the state norm through the medium of the California fire master plan. Wildland fire management officers became “chiefs” and wore bugles on their lapels. What had begun as a Board of Forestry, a land management agency that also dealt with fire, morphed into CalFire, an urban fire service in the woods. Resources and mental bandwidth that might have gone to fire’s management were dispatched, or held in reserve, to suppress big fire busts.

Extending this model beyond the city limits can create conditions that worsen the scene. Every fire put out in a city is a problem solved. Most fires put out in wildlands are problems put off. The fires become worse (while the ecosystem rots), which argues for more suppression to contain them to protect citizens. What used to be “project” wildfires escalated into “campaign” fires, and have now blown up into fire “sieges.” After every outbreak a commission of inquiry reports more or less the same conclusions as its predecessors. Technical fixes abound. The fundamentals remain unchanged.

The California model makes sense if your primary land use is urban sprawl. (It appears that Colorado is adopting a CalFire-lite model for the Front Range.) If, however, you need to manage a fire-adapted land, it’s a formula for failure because ultimately you control fire by controlling the countryside; even in cities, it’s zoning and the welter of codes that govern the built environment that allow firefighting to be effective. Most urban fire departments today do not fight much fire unless their circumstances resemble California’s.

The Napa-Sonoma fires have proved particularly shocking because they came so quickly and so unexpectedly, out of the dark, at rates faster than people could imagine, in places that did not have a history of lethal fires. The 35 deaths, a tally still not final, may jolt the public in ways similar to what the 2009 Black Saturday fires did for Australia. Or not. We can expect boards of investigation. We can anticipate a raft of proposed technological fixes. We can hope for some reform of the fundamentals, but should, most likely, expect none.

And we should look to see if those responses spread beyond the state. We might all feel the aftershocks of Santa Rosa. California’s fires have the capacity to leap borders, not just those between city and countryside but across jurisdictions. They can even spread across continents.

Steve Pyne is a historian in the School of Life Sciences, Arizona State University, and the author recently of Between Two Fires: A Fire History of Contemporary America and California: A Fire Survey. 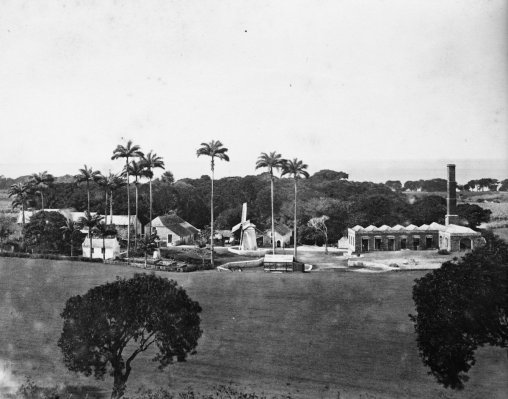 How Colonial Systems Hurt the Caribbean's Ability to Weather Hurricanes
Next Up: Editor's Pick