When he was introduced in Captain America: Civil War, T’Challa (a.k.a. Black Panther) rose above the superhero fray. While Captain America and Iron Man were busy bickering, Black Panther wisely tamped down his desire to avenge his father’s death in order to maintain world order.

Now T’Challa may have to get down in the dirt. He has inherited his father’s kingdom of Wakanda. As Martin Freeman’s Everett Ross says at the beginning of the trailer, the isolated African nation has hidden its technological prowess from the international community for decades. But T’Challa may have exposed their secrets when he opted to help the Avengers in their world-saving endeavors.

In order to keep his job as king, T’Challa is going to have to defend his decisions and duke it out with the would-be usurper Killmonger, who has constructed a Black Panther suit of his own.

The film will borrow some storylines from to Ta-Nehisi Coates’ recent resurrection of the Black Panther comic. Director and co-writer Ryan Coogler (Creed, Fruitvale Station) has assembled an impressive cast, picked some perfect songs for his trailers and conjured up a landscape even more wondrous than Thor‘s Asgard. It looks like Marvel has given Coogler free rein. And that’s great news for superhero fans. 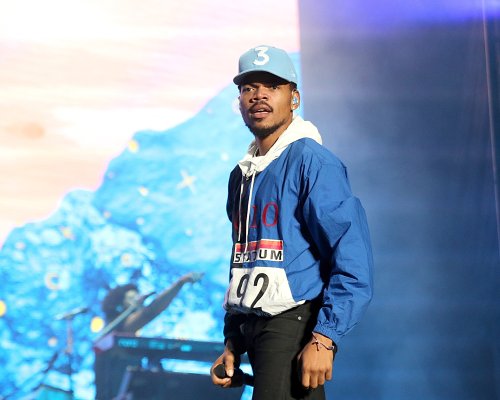 Chance the Rapper Invited Fans to See a Free Movie With Him
Next Up: Editor's Pick