A growing number of celebrities are joining Alyssa Milano‘s “Me Too” protest, which started after the actress urged women to show “the magnitude” of sexual assault or harassment.

On Sunday, Milano tweeted a note that read: “Suggested by a friend: If all the women who have been sexually harassed or assaulted wrote ‘Me too’ as a status, we might give people a sense of the magnitude of the problem.”

The movement has since picked up momentum on social media: #MeToo has become a trending hashtag on Twitter, more than 6 million Facebook users are “talking about” Me Too as of Monday, and celebrities have joined in as well.

“Because I was shamed and considered a “party girl” I felt I deserved it. I shouldnt have been there, I shouldn’t have been “bad”” Westworld actress Evan Rachel Wood wrote in a Twitter thread that suggested her experience has led to long-term PTSD and night terrors.

Daredevil actress Rosario Dawson said the issue was “all too pervasive.”

“Men, Don’t say you have a mother, a sister, a daughter . . . Say you have a father, a brother, a son who can do better. We all can,” comedian Nick Jack Pappas wrote.

Bring It On actress Gabrielle Union, who spoke of her experiences in 2016, spoke out as well.

As did comedian Barry Crimmins, who shared his story as a survivor of assault.

The movement comes in response to the controversy surrounding movie producer Harvey Weinstein, who numerous women have accused of sexual harassment and sexual assault. Weinstein has denied several of the allegations through a spokesperson. 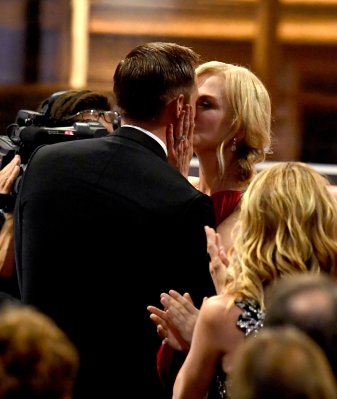 Nicole Kidman Had the Best Reaction to Reliving That Alexander Skarsgård Emmys Kiss
Next Up: Editor's Pick