This Is When You Can Play Doom on the Nintendo Switch

It was said to be incoming, and now we have the date: You can play studio id Software’s 2016 splatter-fest Doom on the Nintendo Switch this November 10.

Bethesda just announced as much, along with a new developer video in which creative lead Hugo Martin and executive producer Marty Stratton pore over the Switch’s features. In short, it’s everything that shipped on the original platforms, plus all the downloadable content. It’s all done smartly in question and answer format, and they even broach the one question I assume anyone who’s played it on Playstation 4 and Xbox One and contemplating the portable version’s playability might be asking: “How does Doom perform on the Nintendo Switch?”

“We knew we had a very scalable engine,” says Stratton, noting id Software worked with studio Panic Button on the Switch port. “They basically took that and ran with it … and really tailored the tech for that hardware without watering anything down.” Stratton says that means all the “awesome features” found in the other versions are here, the chief compromise being a drop from 60 to 30 frames per second. “It’s really remarkable and visually stunning,” he adds. “We wouldn’t put it in people’s hands if we weren’t proud of it and we didn’t think it was the best possible representation of Doom.”

“I’m just excited for Doom and Nintendo to be in the same sentence again,” says Martin, a nod to the times id Software’s gore-shellacked franchise has appeared on Nintendo platforms in the past: On the Super Nintendo in 1995, the Nintendo 64 in 1997, then twice on the Game Boy Advance.

Parent publisher Bethesda Softworks has embraced the Switch since its arrival in March. Its port of The Elder Scrolls V: Skyrim is due for the system a week later on November 17, and Wolfenstein II: The New Colossus, which debuts on PC, PlayStation 4 and Xbox One later this month, is confirmed for the Switch sometime next year. 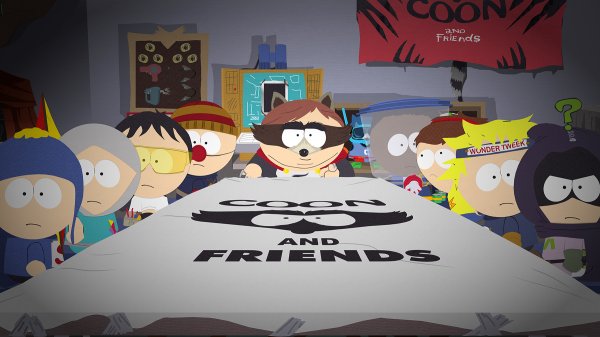 Review: South Park The Fractured But Whole Is a Great Excuse to Revisit the Kids
Next Up: Editor's Pick