U.S. Army Sgt. Bowe Bergdahl, who was captured by the Taliban after walking off his military base in Afghanistan, has pleaded guilty to charges related to the high-profile incident.

Bergdahl faced a court-martial Monday in Fort Bragg, North Carolina, where on Monday he pleaded guilty to charges of desertion and misbehavior before the enemy, Army officials said.

The Taliban captured Bergdahl in 2009 after the soldier had suddenly left his combat outpost in Paktika Province, Afghanistan. Bergdahl was held as a prisoner of war for five years until President Barack Obama negotiated Bergdahl’s release in May 2014 in exchange for five Taliban leaders held at Guantanamo Bay, Cuba.

Bergdahl had been lambasted as a traitor for abandoning his unit. Among his fiercest critics was now-President Donald Trump. In a previously unaired interview, obtained by ABC News, Bergdahl tells a British filmmaker he felt his detractors would keep him from having a fair trial.

“We may as well go back to kangaroo courts and lynch mobs that got what they wanted,” the 31-year-old Idaho native said. “The people who want to hang me, you’re never going to convince those people.”

Bergdahl’s sentencing proceedings are set to start next Monday. 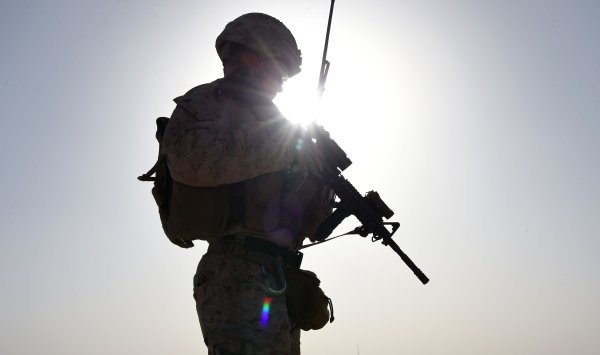 The U.S. Marines Has Its First Female Infantry Officer
Next Up: Editor's Pick