Human papillomavirus (HPV) is one of the most common sexually transmitted infections in the U.S. It’s so common that federal experts say that nearly every sexually active man or woman will be infected with at least one strain at some point in their lives.

HPV can infect many different parts of the body—not just the penis and vagina, but also the cervix, anus, throat and mouth. Most people won’t know they have an infection, since it doesn’t typically cause symptoms, and most infections go away on their own. But some strains can develop into genital warts or even cancer. About 30,700 men and women in the U.S. develop cancer from HPV every year.

A new study published in the journal Annals of Internal Medicine took a closer look at oral HPV infections—most of which are spread through oral sex—by analyzing data from the National Health and Nutrition Examination Survey from 2011 to 2014. Currently, there is no federally-approved test for diagnosing HPV in men, or diagnosing oral HPV in general. (Oral HPV infections typically do not cause symptoms.) But in the study, a dental hygienist collected oral rinse samples from the people participating and sent the samples to a laboratory for testing. They found that one in nine U.S. men, or about 11 million in total, have an oral infection of the virus. For reasons that are still unclear, this type of HPV is much less common in women; only 3.2%, or 3.2 million women in America, had an oral HPV infection.

They also found that one of the riskiest strains of HPV known to cause cancer, HPV 16, was six times more common among men than women.

“There was this perception that HPV was a disease among women, and that needs to change,” says study author Ashish Deshmukh, an assistant professor in the department of health services research, management and policy at the University of Florida.

Men who had a genital HPV infection were more likely to also have an oral HPV infection, a finding that suggests concurrent infections could be common. The researchers previously found that about 45% of men from ages 18 to 59 have penile HPV, and 30.5% of men have the high-risk HPV strains.

MORE: More Americans Have an STD Than Ever Before, Officials Say

The researchers note that the number of men with HPV-related cancer of the oropharynx—the tongue, tonsils and back of the throat—has rapidly increased and has already surpassed the incidence of cervical cancer among women. HPV-related oropharyngeal cancer among men increased more than 250% from early 1990s to the present, says Deshmukh.

One way to reduce the risk for HPV-related cancer is for more boys to get the HPV vaccine, which can protect against strains that can cause cancer in the mouth and throat. Though vaccination rates among boys are increasing, they are still lower than experts would like. The U.S. Centers for Disease Control and Prevention recommends that all kids ages 11 or 12 years old should get two shots of the HPV vaccine 6-12 months apart. In 2016, 60% of teenagers ages 13 to 17 had received at least one or more doses of the HPV vaccine—up 4% from 2015. About 65% of girls in the age group had received their first dose, compared to 56% of boys.

“I think increased awareness of infections might improve uptake,” says Deshmukh. “We need physicians to educate parents to vaccinate boys.” 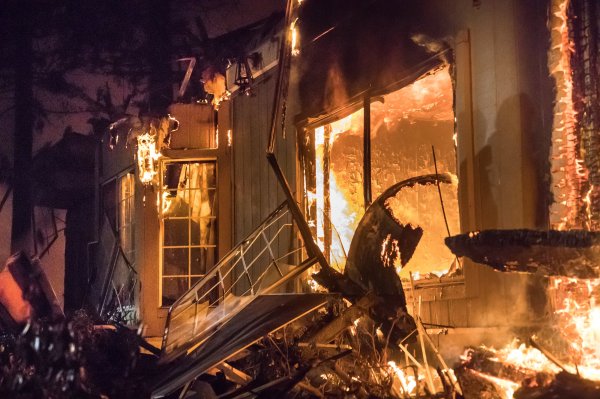 Wildfire Smoke Can Be Terrible For Your Health. Here’s How to Stay Safe
Next Up: Editor's Pick