Passengers on a Sunday AirAsia flight to Bali—which was forced to turn back to Australia following an apparent loss of cabin pressure—have criticized its flight crew for allegedly screaming when the plane plunged more than 20,000 feet.

“The panic was escalated because of the behavior of the staff, who were screaming and looked tearful and shocked,” passenger Clare Askew told Seven News Australia, after AirAsia Flight QZ535 landed safely in Perth.”We look to them for reassurance and we didn’t get any. We were more worried because of how panicked they were.”

“They went hysterical. There was no real panic before that. Then everyone panicked,” passenger Mark Bailey told Seven News of the flight crew.

Videos of the flight showed oxygen masks hanging from ceiling as a member of the cabin crew shouted “get down, passengers, get down.” Instructions like that are in line with flight crew practice when looking to ensure passenger safety, CNN reports. AirAsia has yet to comment on the allegations against its staff.

The airline said in a statement that the plane, which was carrying 151 people, had to turn back “following a technical issue to ensure the safety of passengers.”According to data from Flightaware.com, the plane dropped from more than 34,000 feet to 10,000 feet in around 15 minutes. In the event of cabin depressurization it is common practice for pilots to descend to that altitude. 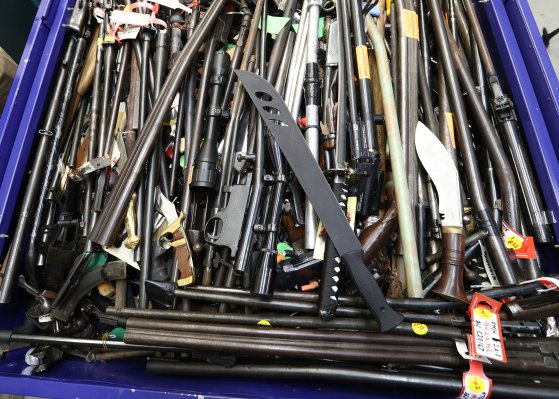 Why People Just Handed Over 51,000 Illegal Firearms in Australia
Next Up: Editor's Pick