Contrary to what President Donald Trump might have intended, there was something for every major political group in Iran to enjoy in his Friday speech on the U.S. administration’s new Iran strategy.

The moderate government of Iranian President Hassan Rouhani breathed a sigh of relief that there would be no major development on the 2015 historic nuclear deal until another 60 days, if then, while the U.S. Congress debates on what to do. Rouhani’s political opponents, a loosely-joined group of conservative and hardline clerics and politicians, seized on the speech and claimed that they were correct all along that the United States cannot be trusted. The security-military establishment, meanwhile, was pleased that the Islamic Revolutionary Guards Corps (IRGC) was not outright designated a terrorist entity.

But two words within the speech might have done more to unite the Iranian populace against the U.S. than decades of propaganda. In a godsend for the state, Trump inadvertently called the Persian Gulf the “Arabian Gulf.” No Iranian, whether religious or atheist, pro-regime or anti-regime, nationalist or revolutionary, can stomach the body of water separating Iran from its southern Arabic neighbors being called anything other than the Persian Gulf. And the Islamic Republic pounced on it.

Within minutes state TV was running news tickers pointing out the misnaming of the Persian Gulf, as well as a sound bite from earlier in the day when Trump had called Iranians a “terrorist nation.” Official and semi-official news agencies and websites and newspapers all focused on these “double insults,” as they termed it, and Rouhani, who made a live video speech on State TV hours after Trump’s speech, ridiculed him for “his weak geography.” The Iranian blogosphere blew up into a storm of condemnation and indignation against Trump, and millions of Iranians visited his official Instagram account, and vented their anger, some in a polite and others in a not so polite fashion.

All of this would have buoyed Iranian statesmen fearing a repeat of the 2002 “Axis of Evil” episode by then-U.S. President George W. Bush in his State of the Union speech, especially on top of the negative reaction from stakeholders around the globe. On that occasion fifteen years ago, Iran found itself labelled a major enemy of the state alongside Saddam Hussein’s Iraq and North Korea under Kim Jong Il — even though it had been silently cooperating with the U.S.-led coalition against the Taliban in Afghanistan. This caused then Iranian President Mohamad Khatami and his reformist allies to lose face inside the country to a level they never recovered from, and ultimately lose the presidency to the hardline Mahmoud Ahmadinejad in 2005.

But now, aided by Trump’s tendency to go off-script, the official motto here in Tehran has become “unity and solidarity.” Even Rouhani’s political opponents are treading lightly when criticizing him; although the Supreme Leader Ayatollah Seyyed Ali Khamenei, who has final say on all foreign policy matters, has yet to set the tone for criticism of Trump’s speech, Rouhani has seemingly managed to take charge of the official position. Some of his supporters are even calling criticism of the nuclear deal equivalent to criticizing the state and not the government, which is considered a taboo here.

The upshot is that, no matter what decertifying of the nuclear deal might mean, Trump may have strengthened the hand of the Islamic Republic in internal politics. “He unraveled eight years of Obama’s efforts to show that the U.S. government supports the Iranian nation and only opposes the Islamic Republic. Now Iranians feel that the [Revolutionary Guards] are the real guardian of their nation,” said Amir Mohebbian, a conservative theoretician close to the inner circles of the state. “Trump has actually solved a problem for the Islamic Republic. The divide between the diplomatic and revolutionary aspects of the state was becoming a potential dilemma, but Trump bridged the gap.” 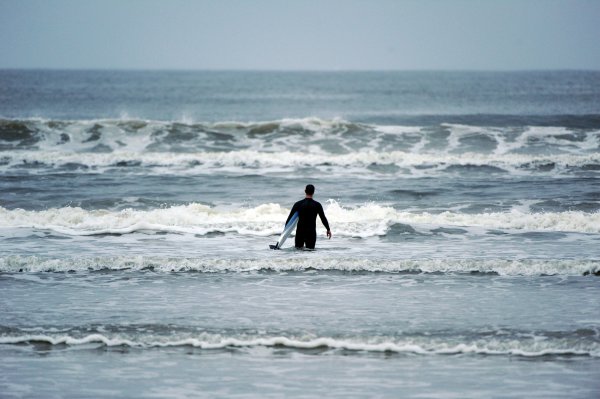 What to Know About the Atlantic's Easternmost Hurricane Ever
Next Up: Editor's Pick