Microsoft is launching a new version of its Surface Book, the detachable laptop-tablet hybrid it first introduced in 2015. The new model includes five times the graphics performance of its predecessor, according to Microsoft, which also claims it has twice the power of a MacBook Pro. The Surface Book 2 will be available in 13 and 15-inch configurations, with the smaller model starting at $1,499 and the larger at $2,499.

The laptop runs on Intel’s eighth generation processors and the company says it offers 17 hours of battery life, an improvement from the older model. Microsoft is pushing the Book 2 for gamers as well — a crowd that Apple has never been able to capture with its own laptops. Panos Panay, Microsoft’s corporate vice president of Microsoft Devices, said the Book 2 is capable of running demanding video games when unveiling the device at a recent event. During a demo, the Surface Book 2 was able to run Gears of War 4 smoothly without any stutters.

The launch comes after Microsoft released the Surface Laptop in June, the company’s first notebook that’s designed to be just that. Unlike the Surface Book and the standard Surface, the Laptop isn’t meant to be a clamshell-tablet hybrid. But Panay isn’t worried about these Surface devices cannibalizing one another in the market. “Giving [consumers] choice is very important to me,” Panay said to TIME. “Each one of these is designed with a very clear intent.”

The overall design of the second-generation Surface Book is very similar to that of the first. As was the case with the previous model, the notebook’s standout feature is its flexible hinge, which makes it possible to easy snap on or detach the screen from the laptop’s body. The 13.5-inch Surface Book’s screen has a 3,000 by 2,000 resolution, while the 15-inch version’s screen has a resolution of 3,240 by 2,160.

The refreshed Surface Book is another indication that Microsoft hopes to convert Apple loyalists into Surface users. During a presentation, Panay added that Microsoft is making more of an effort to make its products more iPhone-friendly. Case in point: Microsoft’s new Edge web browser app for iPhone, which allows Apple smartphone owners to sync their favorite websites and browsing history between their iPhone and Windows device.

Microsoft’s focus on hardware also comes as Google has been devoting more resources to developing gadgets of its own. Just earlier this month, Google unveiled a high-end new Pixelbook laptop, which runs on its Chrome OS and works with a Google-made stylus known as the Pixelbook Pen.

In recent years, firms like Google and Microsoft have been taking a page from Apple’s product strategy, which involves designing both the hardware and the software for its gadgets so that the two can work together more seamlessly. Apple made it clear last October when it unveiled its newest MacBook Pro that it believes the future of personal computing involves keys that change as you need them. The company’s most recent Pro laptops include touch screen strip that sits above the keyboard known as the Touch Bar, which displays different buttons depending on the app or program being used. But Panay believes the biggest breakthroughs in laptops and mobile devices will involve advancements in artificial intelligence than anything else. He says: “If you take artificial intelligence, ambient computing, machine learning, I think there’s this interaction frontier that’s right in front of us.” 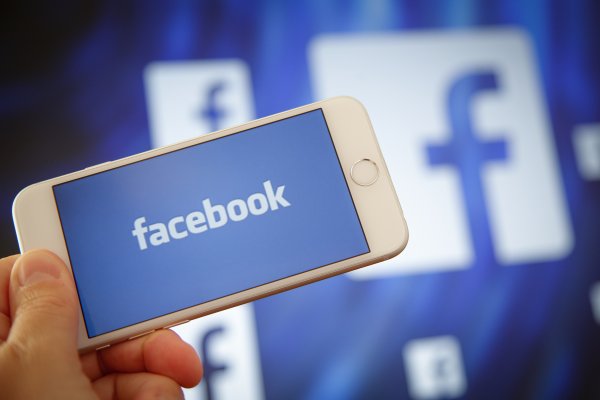 What Russia — I Mean Facebook — Knows About Me
Next Up: Editor's Pick