Trump Says He Met With the President of the Virgin Islands. But That's Him

President Trump appeared to forget that the U.S. Virgin Islands falls under his jurisdiction during a speech Friday.

“I met with the president of the Virgin Islands,” Trump said while speaking about a spate of natural disasters that have hit the U.S. and its territories in recent weeks at the annual Values Voter Summit.

Trump is the first sitting president to speak before the Values Voter Summit, a gathering of Christian conservatives and said he would be there for all affected U.S. citizens, who he insisted were “healing.”

“They’re all healing. Their states and territories are healing and they’re healing rapidly,” he said. “In the wake of the terrible tragedies of the past several weeks, the American people have responded with goodness and generosity and bravery.” 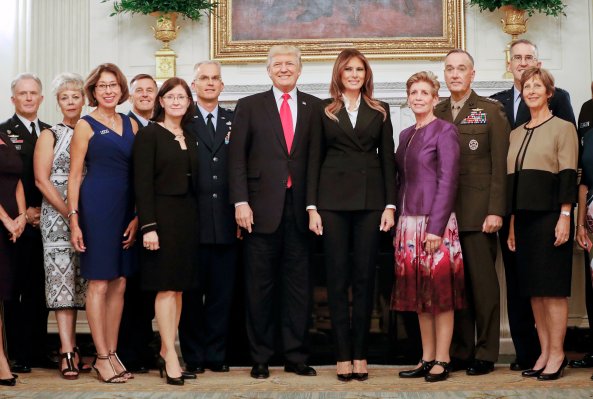 When the Commander in Chief Disrespects His Commanders
Next Up: Editor's Pick